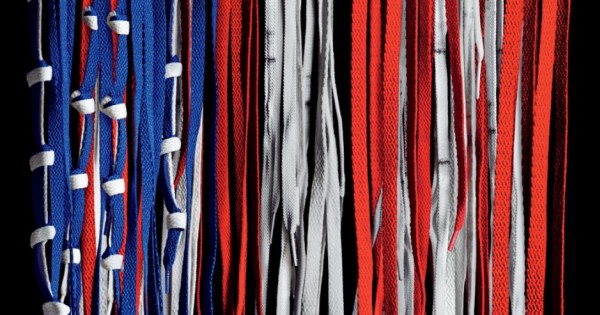 AFI Fest showed Patriots Day as the closing night gala. The film portrays the events of the Boston Marathon bombing and the capture of the perpetrators. After the film, director Peter Berg introduced some of the real people who were portrayed by Mark Wahlberg, Kevin Bacon, John Goodman and J.K. Simmons in the film.

“We believe and are so grateful for what law enforcement can do when we really need them,” Berg said. “One of the main things we saw in response to Boston is the very best of law enforcement and a reminder of why we’re so lucky to have these men and women serving for us, ready to come to our rescue, to our defense and who sacrifice so much when we and our loved ones and our families are in trouble. You always hear the cliche, ‘Thank God something horrible didn’t happen on my watch.’ Well, for these two gentleman, Mr. Davis and Mr. DeLaurier, head of the FBI and head of the Boston Police Department, it actually did happen on their watch. We have a tremendous amount of respect for these gentlemen.”

Ed Davis was the Boston Police Commissioner during the 2013 attack. He spoke after seeing Patriots Day. “They’ve really done a good job telling the story as it happened,” Davis said. “This is about all the victims. It’s about Krystle Campbell and Lingzi Lu and Martin Richard and Sean Collier. It’s about Patrick [Downes] and all the people that suffered. It’s about the Boston police officers, the Watertown police officers that hunted these guys down for four days. But mostly, it’s about our community. It’s about the city of Boston and how we pulled together as one. I think it’s a good story for what our nation is facing.”

Richard DesLauriers was the FBI agent in charge, played by Kevin Bacon in Patriots Day. “I echo Ed’s comments,” DesLaurier said at AFI Fest. “Tonight is about the victims. It’s about Patrick and Jessica [Kensky] and all the other victims of the terrible, despicable crimes that befell the city of Boston on April 15, 2013. It was a spirit of unity that our investigation, the results of the investigation brought to Boston. It wouldn’t happen without the cooperation of the American public. We knew early on in the investigation during that first week, it would be a tip from the public that would give us the leads that we needed to bring these despicable bombers to justice and we’re honored to have a member of that American public here tonight in Danny Meng. As well as our great Watertown citizen David Hennenberry who found Dzhokhar Tsanaev. We remember the victims and we thank the American public for the tremendous support they gave to us in our investigation. Thank you very much.”

Meng himself was at the AFI Fest premiere. Patrios Day shows how he was carjacked by bombers Dzhokhar and Tamerlan Tsarnaev, escaped and led the police to find one of the brothers. “I just feel so fortunate to have this opportunity to survive and stand here,” Meng said. “I’m really grateful for the opportunity to b part of this story. I really want to thank law enforcement for saving my life that night. I’m very proud to be part of the Boston community.”

Watertown, Massachussets Sgt. Jeffrey Pugliese (played by J.K.Simmons in Patriots Day) was also instrumental in the investigation and he was there too. “Everybody says Boston strong,” Pugliese said. “It’s the cooperation of the police and the community. It’s not just Boston strong. It’s America strong.”

One of the victims of the bombing, Patrick Downes, was also present. “The four people who were killed aren’t just names to us,” Downes said. “For me and for all of us, they have been our guardian angels. They live on in our hearts. They live on in our community. They are people who we need to celebrate and remember for what they have taught us, not only when they were living but even in death. Namely, that of peace and how important that is to recognize in our world. My wife and I and many others, our whole city, our whole country  was affected when those bombs went off because it was made not only to kill and maim but to terrorize and change the way that we see each other, change the way we trust in each other. And the message that we received in a resounding way was that love was going to conquer all of that. Not in some trite way but in a very real way through very small deeds but one after another after another. To the point that we arrive here tonight and far past this day, where people like ourselves get to tell our stories. Instead of knowing the names of those who perpetrate these crimes, instead we know the names of the people who live on in death and in life to teach us wonderful things about who we are as a community, who we are as people. I think that’s a really powerful and enduring message that will come from this film, that will come from our city and that will always come from our country while we respond with love and community when terror and evil tries to take us away from what we believe to be so true in our nature.”