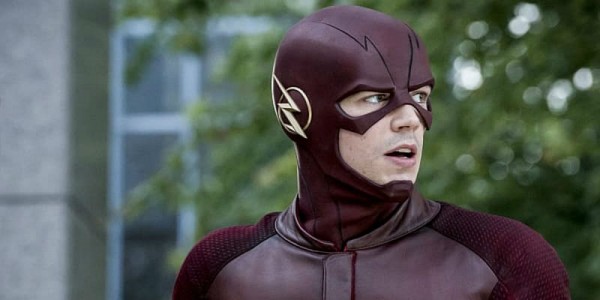 Does the title of the episode refer to a ‘present’ that’s given at Christmas, or does it mean we should live in the ‘present’, instead worrying about the past or future? It’s both actually. Barry accidentally time trips 5 months into the future and sees Savitar, The God of Speed, kill Iris. Yikes!!! But is that Iris’s destiny, or just a possible future that can be changed? I think that the question of Iris’ fate will be Barry’s main focus the rest of the season. The event takes place 5 months from now, which will be in early May of 2017. So it will, or won’t happen, just in time to be the big season finale. And if you watch Arrow, you know that they did a similar thing last season. They showed a grave at the beginning of Arrow’s season, but didn’t reveal who was in it until the season finale. But I hope that Iris doesn’t die, because Barry and Iris just moved their relationship to the next level. Barry’s Christmas ‘present’ to Iris is a key to a pretty nifty new apartment. He asks Iris to move in with him, and she says ‘yes.’ So he chooses to live in the ‘present’ and deal with the future as it comes.

Last week, as I’m sure you know, Team Flash was fighting aliens as part of the big crossover event. This week, the mid-season finale is bittersweet. (You know, because of the Iris thing.)  The Flash is still trying to deal with Savitar, but he’s the only one that can see him. Because only speedsters can see Savitar. So Barry goes to Earth-3 to get some help from Jay Garrick, that world’s Flash. Jay comes back with Barry to face Savitar, and almost gets himself killed. But while Jay’s fighting Savitar, and losing, Barry gets the magical philosopher’s stone from Alchemy, sealing it back in it’s power-numbing case. And that banishes Savitar from this reality, saving Jay. Barry also captures Alchemy, discovering that Julian is under that mask. So they lock Julian up in the pipeline prison until they can figure out what to do with him. But then Cisco sees Dante, his dead brother, and Dante tells Cisco that if he opens the power-numbing box he’ll be alive again. So Cisco opens the box, but it’s a trick, and Savitar re-enters our world, attacking Barry. But Wally uses his speed to momentarily save Barry. Giving Caitlin time to convince Cisco that he’s being duped. Cisco closes the box, once again banishing Savitar into eternity. That’s a relief!

Julian doesn’t even know that he’s Alchemy. Because Julian blacks out when Savitar calls him into play. It’s a form of mind control, like Julian is being possessed by Savitar.  So to gain Julian’s trust, and obtain his help, the Flash reveals that he’s really Barry Allen. And he convinces Julian to help them communicate with Savitar. Cisco and Caitlin find a way, using the power-numbing case, to speak to Savitar through Julian. And they find out that Savitar isn’t really a God, he’s a pissed off speedster from the future. And he’s targeting Barry Allen because in the future, Barry traps Savitar in timeless eternity, probably for doing something bad. Oh, and before they sever the connection, Savitar reveals Team Flash’s future. “One of them will betray the team, one will fall, and one will suffer a fate worse than death.” That’s not the fortune cookie-like message they wanted to get. So with Jay Garrick’s help, the Flash tosses the power-numbing box into the speed force, so that the magic stone will never be found by anyone again. That causes a mini-explosion that catapults Barry 5 months into the future, where he sees Savitar kill Iris. STAY TUNED!!!! New episodes start again on January 24th… (My Prediction is that Savitar is the flashpoint version of Eddie Thawne.)

LAST WORDS: H.R. tells Team Flash that Wally’s ready to be who he’s meant to be. So Joe and the gang give Wally his new Kid Flash suit as a Christmas present, acknowledging that he’s now part of the team… And speaking of Joe, he finally kisses his new girlfriend… Julian mellows out, allowing Barry to withdraw his resignation from the CCPD, so he can be a CSI again. And Julian will probably become part of Team Flash, now that he knows Barry’s secret. And possibly be a love interest for Caitlin… And in a very heartfelt moment, Caitlin uses her frost power to turn rain into snow, making it a white Christmas for everyone. AWWW! Merry Christmas everybody!!! 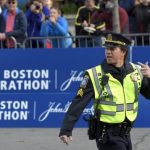