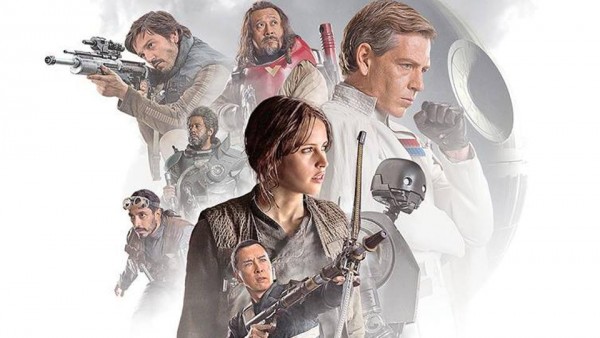 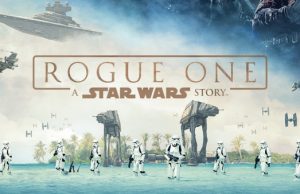 Star Wars fans, the holidays have come early, Rogue One: A Star Wars Story is in theaters and Star Wars geeks everywhere are invading movie houses like Rebel spies invading Scarif seeking the Death Star plans. When Disney purchased Lucasfilm in 2012, the announcement was made that there would be a new Star Wars trilogy as well as other stand alone films. Some questioned Disney’s move to make the non trilogy films questioning whether fans would be interested in a Star Wars movie void of Jedi’s, lightsabers and Skywalkers. Others also doubted if the premise of Rebel spies stealing the Death Star plans would interest Star Wars fans. The answer is a resounding “Yes and yes!” The Rogue One story was initially planned as an early 2000’s television series chronicling the rebels spies on a quest to steal the Death Star plans as mentioned in Star Wars A New Hope’s opening crawl. Light speed to 2016 and we have the very first Lucasfilm non trilogy movie, Rogue One: A Star Wars Story.

As the theatre darkens the Lucasfilm logo emerges on the screen, The fateful text appears “A long time ago in galaxy far, far away… We’re immediately transported to a new planet taking us to the Erso family farm where Galen, his wife Lyra Erso and young Jyn Erso lead a peaceful life. Absent is the attention grabbing John Williams score and the iconic “Star Wars” crawl we have become so familiar with. From the onset, the Star Wars mold of storytelling is broken. We are presented with a very different style of Star Wars movie which presents the viewer with an uncertainty not commonly felt when watching a Star Wars film. The pace is steady as we move from Jyn Erso’s (Felicity Jones) childhood to the ultimate assembly of the rebels who collectively form a plan to steal the Death Star schematics. The inclusion of lesser known characters from previous Star Wars movies craftily caters to the hardcore fan while providing a bit of nostalgia to the film. What Gareth Edwards manages to capture is the spirit of the original film although the formulaic story telling of Rogue One is entirely different. The first two acts of the film set up a phenomenal third act that brings the action to a spectacular and truly unforgettable climax. As with other Star Wars movies the basis of the plot centers on family and the sacrifices one makes for the greater good of others.

The film is not without it’s flaws, some elements of CGI may not be at the level we want them to be. While the practical and CGI special effects as whole are perfectly executed by Industrial Light And Magic, there area some scenes where one ponders if we’re at the level where they can be seamlessly infused into a scene without notice. The other dissatisfaction with the film was the score. It is widely known that Star Wars music is held in such a high regard by fans that the level of expectation is set to a certain standard. The music just fell flat in some scenes and failed to leave a recognizable original imprint on the movie.

The film as a whole is much darker than we are accustomed to which is a good thing. It’s no secret Darth Vader is in the film and is in his prime as he makes a very big impression at the conclusion of the film. He truly shows us why he is the Dark Lord of the Sith. Rogue One: A Star Wars Story provides fans with a fantastic conclusion to this stand alone film while simultaneously igniting a new appreciation for Star Wars A New Hope. My final verdict on Rogue One, go out and see this film as soon as you can. “I am one with the force and the force is with me…”

If you’ve seen Rogue One, tell us your thoughts. We want to hear what you think about the movie 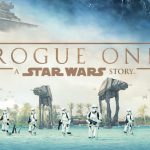 Win Free Passes to ROGUE ONE: A STAR WARS STORY in Chicago

Win Free Passes to ROGUE ONE: A STAR WARS STORY in Chicago