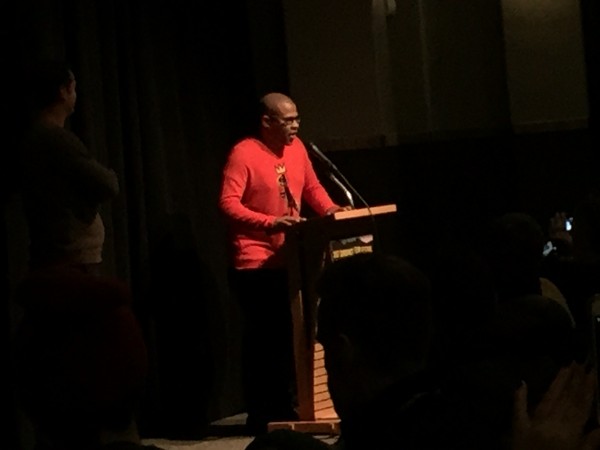 Sundance premiered Jordan Peele’s horror movie Get Out as a surprise midnight screening. Daniel Kaluuya plays a man visiting his girlfriend (Allison Williams)’s parents (Bradley Whitford and Catherine Keener) when he discovers a terrifying secret. All the black people in their house and town are acting like Stepford wives, and Peele said that was no coincidence.

“You can see the dozen influences, my favorite horror movies that went into this,” Peele said at the Q&A. “This was something I felt like was really a missing piece in the genre. One of my favorite movies is The Stepford Wives obviously. It’s a real classic and the way it dealt with the social issues in regards to gender was something I just thought that’s proof you can pull off a movie about race that’s a thriller that’s just entertaining and fun.”

Fans were surprised when the trailer to Peele’s very serious horror movie dropped. This was a passion project for him. “I came up with the script probably about eight years ago actually,” Peele said. “The idea started when Barack Obama and Hillary were going up against each other for the Democratic nomination. All of a sudden, the country was focused for a second on black Civil Rights and women’s Civil Rights movements and where they intersect. There was this question of who deserves to be president more? Who’s waited long enough. Of course it’s an absurd thing that Civil Rights are even divided. It should be one Civil Right. That was when the germ of the idea that hit me, because like I said, The Stepford Wives. That marinated for a long time and then probably wrote the script three years ago.”

That said, horror is not too much of a stretch from comedy. “Horror and comedy are very linked to me,” Peele said. “There are some obvious reasons. They’re both about getting a physical reaction and pinpointing when that physical reaction happens. You have to know where your audience is. It’s just one is a laugh, one is a scare. Some of my favorite horror movies, especially in an experience like this, really truly scary scene can get everybody to laugh. I was very eager to use the things that I’ve learned in comedy for horror which is my favorite genre.”

The theme of minority oppression is as relevant as ever. “For a while, when we had a black president and we were living in this post-racial lie, this whole idea like we’re past it,” Peele said. “For me and for many people out there, all black people know no, there’s racism. I experience it on an everyday basis. The party scene is kind of how we experienced racism for a while. This movie was meant to reveal there’s this monster of racism lurking underneath some of these seemingly innocent conversations and situations. It’s been fascinating watching the last few years develop because now the movie’s coming out in a very different America than it began. I think it’s more important now. I think it’s far more interesting now. I really respect Universal for having the f***ing balls to lean into this.”

The racism Peele wanted to explore was more subtle than blatant KKK racism. “It was very important for me for this movie not to be about the black guy going to the south and going to this red state where the presumption for a lot of people is that everybody’s racist there,” Peele said. “This was really meant to take a stab at the liberal elite that tends to believe we are above these things. Brad and Catherine I thought of them as the perfect in laws. If you could imagine in-laws besides my real ones, if you could imagine in-laws that would be perfect to walk into, that would be them. The character that Brad developed was so magnetic. There’s so much he gave us that couldn’t make it into the film that is just absolutely hysterical.”

A supporting character and comic relief is a TSA agent (LilRel Howery). This is not the first time Peele has celebrated the TSA. “I’m expecting TSA love. I did a sketch on Key & Peele where we were Al Quaeda huddled up in a cave. The whole bit was, ‘If only it wasn’t for the brilliant TSA and their regulations, I could bring a knife bigger than this and we would have them.’ For a while there I was afraid I’d go up to the TSA line and somebody’d be like, ‘Whoa buddy, better watch yourself now.’ I talk about this my wife all the time. It’s like now I’m golden. And LilRel Howery, that motherf***** can fly for free.”

Patton Oswalt was in the audience for Get Out and raised his hand to ask Peele a question. First he joked, “I just gotta tell you that a bunch of us were live Periscoping this and the comments were amazing.”

Then Oswalt got serious. “Be excited,” Oswalt said. “You made a great film, man.”

Get Out opens February 24. 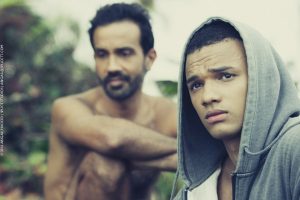 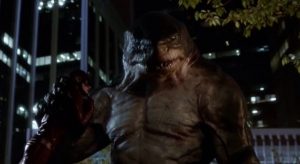 STAR WARS: THE RISE OF SKYWALKER And THE MANDALORIAN Posters Revealed 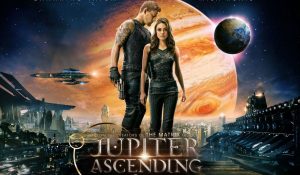