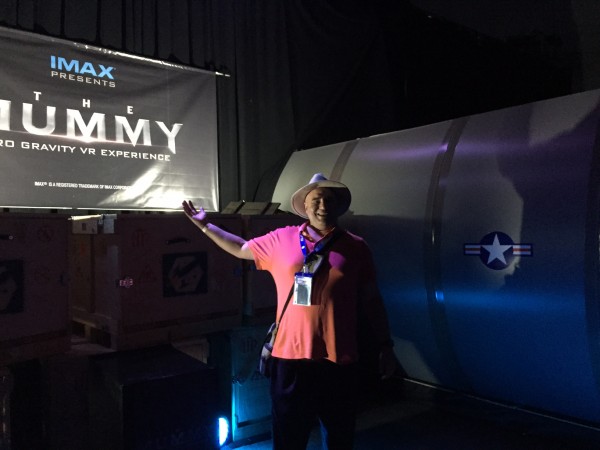 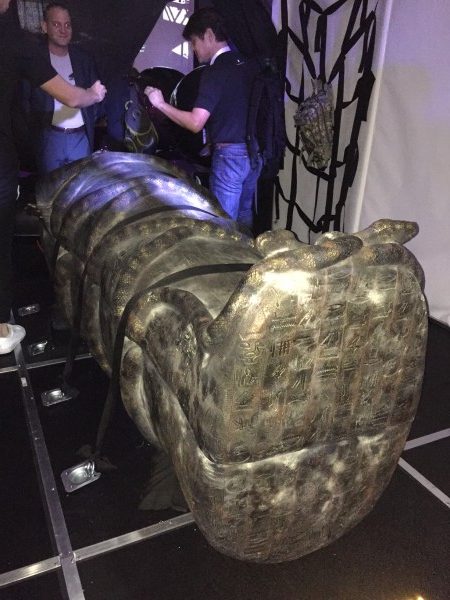 Tom Cruise came to South by Southwest, if only virtually. The Mummy VR Experience is set up in Ballroom B of the Austin Convention Center. It’s not just a preview of the upcoming summer movie. Cruise wanted fans to feel what he felt in the film’s plane crash sequence.

On your way through the queue you’ll see the exterior of the plane. In the cargo bay is an actual prop sarcophagus from the film. Then sit in an elevated chair and put on your visor and headphones. If you’ve got a bag, they’ll hold it for you. You can’t be weighed down for this.

The biggest thrill may be seeing the Universal logo up close. This classic movie opener has evolved over the years to its current first person angle on the letters. Now imagine that enveloping you! 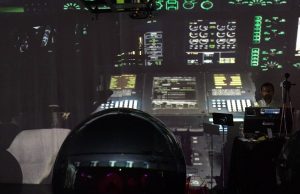 Cruise introduces the experience explaining his idea for a zero G free fall. In the film it could top his Mission: Impossible stunts but this experience is for fans to feel it.

We go in the zero-G plane with Cruise. Up close and 360 degrees around, you get to see Cruise and Annabelle Wallis rehearse the stunts and then go on a few zero-G flights to film the scene. 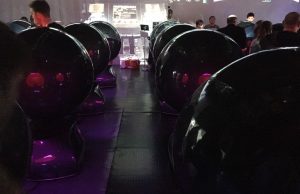 The floating seats can’t quite simulate free falling. You still feel the Earth gravity. The Mummy VR would work anyway, even if you were standing still, but you can float along with it. Sitting down you’re not really going to turn your head 180 degrees around, but you’ll want to stay focused on Cruise anyway.

This is a clever way to enhance the behind the scenes material. We’ve all seen this on every DVD extra or entertainment show. This is a way to convey it more immersively. Catch it at SXSW through Tuesday March 14!