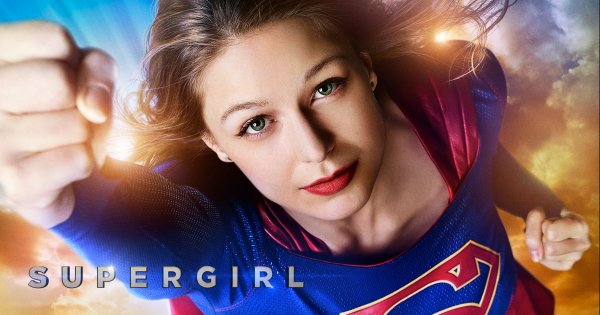 Supergirl is back, but almost everyone else is still on hiatus. There’s no Hank, Alex, or Maggie. This is pretty much a Kara and Lena Luthor episode. Though we do see a few scenes of James and Winn playing Guardian, adding Winn’s alien girlfriend to the mix, but that storyline is pretty much just a momentum killer. The real fun starts when Lena’s ex-boyfriend comes to National City to unveil his new creation, the Nanobots. Which are small insect-sized robots that can cure anything from cuts to cancer. Or so claims Jack Spheer, played by iZombie’s Rahul Kohli. But these swarms of mini-marvels aren’t as benevolent as they appear. In fact, they are stone cold killers. The official title of this episode is “Ace Reporter,” indicating that by episode’s end Kara gets her job back. But the Nanobots are the real headline.

Snapper Carr appears in this week’s episode, and finally gets a chance to do more than grouse, which is his usual M.O. He actually gets to investigate the mysterious Nanobots. Which is a story that Kara is working on as well. So the two get to snipe at each other as they both try to find out the truth about Jack Spheer and his new creations. There is bad blood between Snapper and Kara because of the whole; ‘Rookie Reporter disobeys boss and gets fired’ thing that went down a few episodes ago. Anyway, Kara meets with a whistleblower who discloses that the Nanobots have never been tested on humans, and may be dangerous. But before he can say much more, a swarm of the little buggers blow up the car that Kara and the guy are sitting in. Of course Kara is fire proof but the whistleblower isn’t, and he dies in the blaze.

Snapper isn’t a rookie, like Kara, so he doesn’t need a whistleblower. He uses his skills to track down another witness, who can also confirm that Jack Spheer didn’t do the human trials he claimed he did. And this time Supergirl is on the case, hovering outside the building in case of another attack. And she’s got x-ray vision and super hearing, so the swarm can’t get by her again and kill another innocent, can it? Yes it can, because she doesn’t use those abilities until it’s too late. She saves Snapper though, using her super breath to temporarily freeze the Nanobots, giving them enough time to escape. But wait a minute! Why didn’t she just fry the metallic little suckers with her heat vision, stopping the murderous threat for good? Did she forget she had that power? And what does she do now that the Nanobots have killed two people, literally right in front of her? Well she doesn’t go to the police or the D.E.O. for help. She goes to break the bad news to Lena that her boyfriend is wrapped up in something shady. Because, I guess, that’s what B.F.F.’s do. To heck with making sure the City’s safe.

Kara tells Lena not to go see Jack, because he’s dangerous. So, of course, Lena goes to see Jack, and almost gets killed. But Jack’s not the killer, his assistant is.   Jack tested the Nanobots on himself, he was the human trail. But a side effect, besides becoming a Nanobot creation himself, is that being injected with Nanobots made Jack a mindless slave. And Jack’s assistant has been controlling him. Supergirl fights the swarm of little robots and gets overwhelmed. Once again forgetting to use her heat vision. So Lena has to save Supergirl, killing Jack in the process. Yikes! Lena and Jack had just kissed and made up too. But oh well. Supergirl wasn’t so super this episode. All the innocents died. But looking on the bright side, at least she got her job back as a reporter.

So the Nanobots were a bust and there’s no cure for cancer. Lena Luthor had to kill her boyfriend, so now she’s feeling a bit cold. Could this incident turn her to the dark side? (If she isn’t secretly there already.) And Rhea just turned up to make Lena a business proposition. Rhea is Mon-el’s maniacal Mom. She hates Earth and Supergirl. So whatever she’s proposing can’t be good… STAY TUNED!!!

LAST WORDS: In case you didn’t hear; Cat Grant and Superman are returning for the two-part season finally. And they just cast a guy to play General Zod, so you know it’s going to be good. And what about Mon-el and Rhea, how will that resolve? 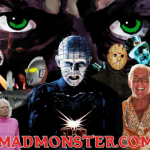