Cinematic takes on King Arthur have attempted to be realistic, romantic, fantastical and even musical (that one began on Broadway to be fair). King Arthur: Legend of the Sword is all posturing bravado.

It gets off to a rough start when the film chooses really odd moments to highlight. The opening shot of a castle in the distance with chanting heard fades to black again for some text info. So how are we supposed to know or care about that castle, which is the first image you decided to show us? The murder of Arthur’s mother is the big smash to opening titles, but this is a character we’ve only seen briefly as Uther (Eric Bana) is trying to get his family to safety. I know it sucks to have bad guys kill your family. Steven Seagal knows this too. A movie needs to give us a little more, especially when it’s such a standard motivator.

Arthur (Charlie Hunnam) growing up is the first of many Snatchy montages. Oddly, a hair cut is included with the same intensity as all the violence and fighting. That thing where they talk about their plans as the scene is already happening gets really old.

Combining mythological creatures with a gritty action take on King Arthur may have sounded good on paper. Maybe if either component worked it would be. Giant elephants smashing through a castle clearly wants to be Lord of the Rings. There are octopus women and cave monsters, most of which are seen too fleetingly to make an impact. The orc-like demonic villain really looks like a boss fight in a Soul Caliber or Dead or Alive video game on Xbox.

The battle action is all shaky cam. Just in case you could still see what was going on, they actually add a dust storm to make sure you can’t see anything. In the first battle, Uther sacrifices his horse making a jump that only one of them is going to land. I suppose more things like that could show how cold their decisions have to be, but on its own it just seems like Uther’s a dick. That horse is a soldier too. You wouldn’t use a knight as a human shield.

It’s not entirely clear what Legend of the Sword wanted to add to the King Arthur myth. The origin of the sword in the stone is an interesting twist. Other setups like the round table are groan inducing. Arthur has such a volatile reputation that everyone stays out of his way. So is this supposed to show this ain’t your father’s Arthur? It still seems like his knights follow him because they have to per the actual legends, not that his new characterization inspires them to. Vortigern (Jude Law) has a convoluted deal with the mages that gives him corrupt evil power, but it’s an awful long way to go when you could just say, “He’s got evil magic. Stop him.”

The score combines medieval music with a rock n’ roll twist. It’s as aggressive as the rest of the movie, but seems to be the most authentically motivated aspect. As schizophrenic as the movie is, it wouldn’t have been out of place to use “We Will Rock You.” Other sound effects like creaking leather just draw attention to themselves and take you out of the scene.

Guy Ritchie’s touch worked for adaptations of Sherlock Holmes and The Man From U.N.C.L.E. You can’t expect it to fit every property, so here’s one that didn’t work. If this is a hit anyway, will the sequel be King Arthur 2: On the Rocks? 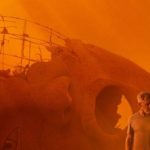 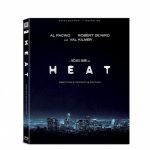