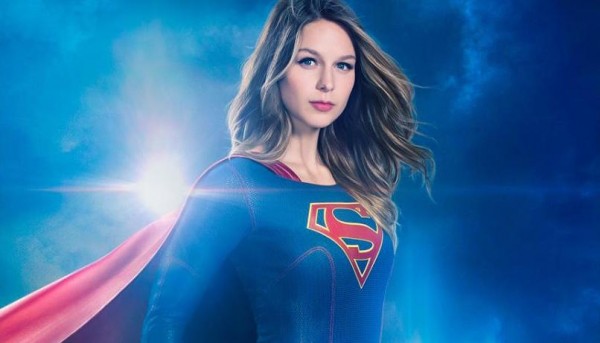 The episode started with a full-scale invasion, and then quickly became about Rhea forcing Mon-el to marry Lena Luthor . What the heck? Why? It’s not like Rhea is planning on merging the two societies. She’s proclaimed herself Queen and fully intends to subjugate the humans, making them slave labor. So what’s with the shotgun wedding, and the test-tube baby she intends to create from their stolen DNA? Does she want to be a Grandma that badly? Shouldn’t she be more concerned with the ongoing invasion? And I thought Mon-el and his fellow Daxamites have super powers on Earth. And if that’s true, why aren’t they using them? When James fights the Daximaite Swarmtroopers, they go down pretty easily, given that James’ Guardian doesn’t have super strength. And Mon-el is pretty useless the entire episode, so when things finally do go down, it’s no surprise that Lena Luthor has to save him. And I made up the word ‘Swarmtroopers’ because the Daxamite invaders look like a swarm of bad cosplay stormtroopers.

The Daxamite ships are firing on National City, and the Swarmtroopers seem to be targeting people on sight. So why are Supergirl and crew more concerned about saving their friends than stopping the carnage? I know it’s only human to want to save your loved ones, but how about finding a way to do both. Aren’t heroes supposed to be selfless, not selfish? The only light in this dark story is Cat Grant, who gives a moving speech that motivates and gives hope to the suffering masses. Though she does it as a diversion to give Supergirl time to save Mon-el and Lena, it’s still heartfelt. And for the record, Cat’s speech interrupts the Mon-el/Lena wedding, so they don’t get married. But since Rhea already stole enough DNA from the both of them to make a baby, I wonder if a child will somehow factor into next week’s Finale.

Here’s what happened: During the invasion, The President heads to National City in Air Force One, with tag-a-long Cat Grant. Rhea, The President, and Cat Grant, video chat for a quick minute, but Rhea isn’t in the talking mood. So she launches a missile at Air Force One, knocking it out of the sky. Luckily for Cat Grant, Supergirl swoops in and saves her. Though the pilots, secret service men, and anyone else on the plane, dies in the crash. But wait a minute! The President is secretly an Alien, so she survives. Of course now Cat and Supergirl know her secret. I guess no one asked to see her birth certificate when she was running for office. Anyway, the D.E.O. has been compromised so Team Supergirl meets at the Alien Bar to re-group. That’s when Lillian Luthor arrives, shocking everyone, and offers to help. But is the enemy of my enemy really my friend? Can the head of Cadmus be trusted after all she’s done?

Lillian Luthor wants to rescue Lena, but no one trusts her. So they send her away. Then the president gives Alex the order to destroy Rhea’s ship with a super secret canon that’s on the D.E.O. roof. A super weapon that nobody seemed to know was there. Well maybe Hank knew, but he’s still in a coma from last week’s episode. I guess the existence of the weapon was on a ‘need-to-know’ basis, and Alex didn’t need to know, until now. The dilemma is that if she destroys Rhea’s ship, it might halt the attacks, but Mon-el and Lena would die along with Rhea. So Alex is conflicted, but Supergirl is downright against killing her friends, no matter how many innocent lives might be saved. So she tracks down Lillian and Cyborg-Superman (Hank in a bad mask), and asks for their help. And just for the record, The President isn’t evil, she’s just another refugee in hiding, or so she says.  Hmmm, why become President then if you trying to blend in? There may or may not be more to her story.

Lillian’s plan is to use the phantom projector in Superman’s fortress to project them onto Rhea’s ship, so they can save Mon-el and Lena before Alex destroys it. It’s a good plan, but the projector was built to send villains into the phantom zone, it’s not a teleportation device. But somehow Cyber-Supes has the smarts to modify it, even though it’s Kryptonian technology. He does so, they go to Rhea’s ship and they free Mon-el and Lena, just as planned. Even though Lillian did attempt a double-cross, that didn’t work. But Supergirl remains on the ship when the others teleport to safety, she wants to save Rhea too. I guess she thinks they can hug it out. Meanwhile, Alex hesitates destroying the ship because Supergirl is still inside, giving Rhea enough time to destroy the canon, which was the Earth’s only hope. But is it? What about Superman? Bad news there, it appears that Superman is under Rhea’s control. And he’s ready to fight Supergirl…. STAY TUNED!!!

LAST WORDS: Superman mind-controlled again! The same thing happened last season, though the plot devise happened mostly off camera. But it still feels like a waste. I just hope Superman isn’t a walking zombie the entirety of next week’s episode…. And is this Mon-el’s swan song? In the comics, Superman has to use the phantom zone projector to send Mon-el into the phantom zone to save his life. Will something similar happen next week?….And what about Lena and Mon-el’s stolen DNA? Will Rhea really use it to make a baby? And if so, to what end? …  It’s also great to have Cat Grant back. And it’s funny that Cat recognizes that James is The Guardian, but doesn’t catch on that Kara and Supergirl are the same person. And just an FYI, Lillian Luthor knows Kara’s secret identity, but won’t tell her daughter Lena because she feels Lena should have figured it out for herself by now… Way to make Lena think for herself Lillian.  That’s good parenting! 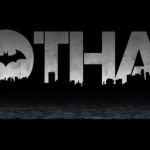 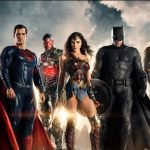 Is The ‘Justice League’ Movie Getting Massive Reshoots?

Is The ‘Justice League’ Movie Getting Massive Reshoots?