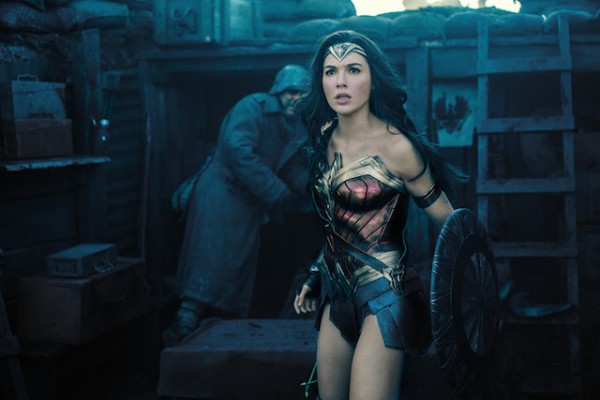 You can watch the video of the whole press conference below. Three minutes in, you can hear me ask Gal Gadot a question, as I have been waiting for her for a long time.

If you’re wondering why Gadot is standing when everyone else is sitting, it’s because of a back injury. She’s just had a baby and has a bad back but she’s still unstoppable. She really is Wonder Woman. More highlights of the press conference include discussing the film’s villains, the actors’ training and minor injuries that occurred. In the grand scheme of things, it was nothing for these Amazons.

The film is set during World War I, long before the events of Batman v Superman: Dawn of Justice in which Diana Prince debuted in the DCEU. Wonder Woman does fit in after the events of Batman v Superman. You’ll find out the origin of the photo Bruce Wayne (Ben Affleck) found, but go further back to Diana’s youth on the Amazon island full of warrior women. When she accompanies Trevor to the human world, you’ll see lots of bullets, bracelets and golden lasso action, everything but the invisible plane. Maybe in the sequel.