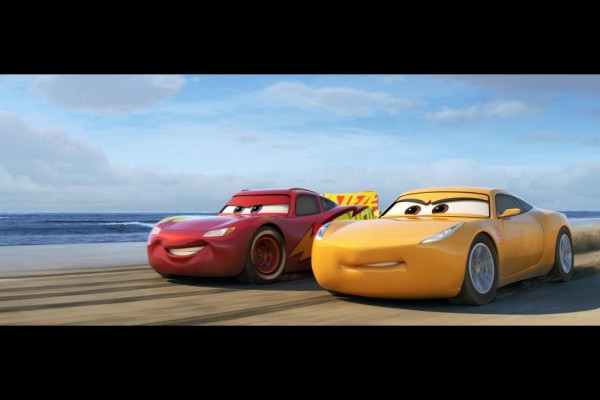 Every sequel to Cars has looked disappointing, but I keep giving them a chance because Pixar could always come through. Not with Cars though. The original had a good message and it was sweet, if only a tad too long. Cars 2 completely violated the message of “slow down and enjoy the little things” by making a noisy, violent action movie with the reprehensible decision to mount guns on its main characters (and therefore their toys). Cars 3 isn’t offensive like Cars 2 but it’s just boring. 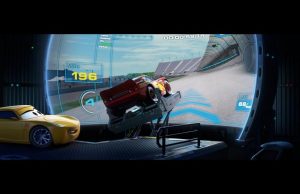 Cars 3 is Lightning McQueen (Owen Wilson)’s comeback story. A new sponsor gives him a new trainer, Cruz Ramirez (Cristela Alonzo), to get him back into racing shape.

There are several problems with Cruz’s character. She became a trainer because she couldn’t cut it as a racer. First of all, what’s wrong with being a trainer? Why is that the second class job? Does nobody ever dream of coaching? I get the whole “those that can’t do, teach” innuendo but you could do a story about Cruz facing her fears without belittling her current job.

Okay, so that could’ve been handled better but let’s say we’re all in on the Cruz becoming a racer train (Trains is coming in 2019 from Pixar). The way they pay that off is a total cheat. It’s a narrative cheat, and it’s definitely a cheat in the rules of racing, even in fictional sentient car races. Since we’re talking about the end of the movie, I’m being careful not to spoil. 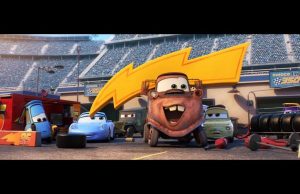 They left Sally (Bonnie Hunt) and Mater back in Radiator Springs. That may be good news for anyone who doesn’t love the Mater character, but I thought he was kids’ favorite. And it’s a shame they could only have one female lead. Cruz and Sally have to take turns with Lightning’s attention. They fail the Bechdel test and they’re not even human women! A third female character, Natalie Certain (Kerry Washington) is a sports commentator, so she literally only talks about Lightning McQueen in any of her scenes.

There is a subtle nod to racial discrimination and earlier women’s struggles. The characters I can only describe as African-American cars and a suffragette car are handled sensitively. They were trailblazers even in the world of Cars, and her motto “Life’s too short to take no for an answer” is exactly what Cruz, and the young audience, need to hear. It’s unfortunate that they are not the inspiration they should be. The plot, which is already too long, schemes other ways to resolve itself rather than simply building on the achievements of Cruz’s predecessors. 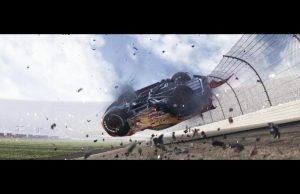 What happened to the photoreal scenes from the Cars 3 teaser trailer? They use two shots of it in the actual movie. I get that Pixar wanted to show they could do photoreal cars now if they wanted to, but they didn’t want to do the whole movie like that. But then if it’s not right for the movie, don’t do it and don’t sell the whole movie on that footage. Do it as an experimental short that doesn’t even have to be canon with Cars.

And they have a character named Cal Weathers and they did not ask Carl Weathers to voice him! I know Kyle Petty is a racing star but Weathers is already in the Pixar family from Toy Story shorts.

I do like how they address Paul Newman’s passing. I was waiting for them to in Cars 2 but it was probably smart to skip a movie. Doc has passed away some unspecified time before Cars 3, but he lives on in Lightning’s memory, and they’ve used some recordings of Newman. That is satisfying and respectful. 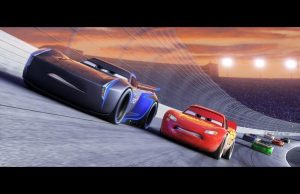 I would love to say one of these movies is the fastest, most furious Pixar movie but they can’t even give me that! It’s right there! The first Cars isn’t, because their whole message was against that.

The Lou short before Cars 3 is brilliant though. Dave Mullins is another Pixar genius who’s a master at conveying a story through subtle gestures. A bully goes from aloof shrugs to experiencing compassion, all without dialogue. Give him a feature!