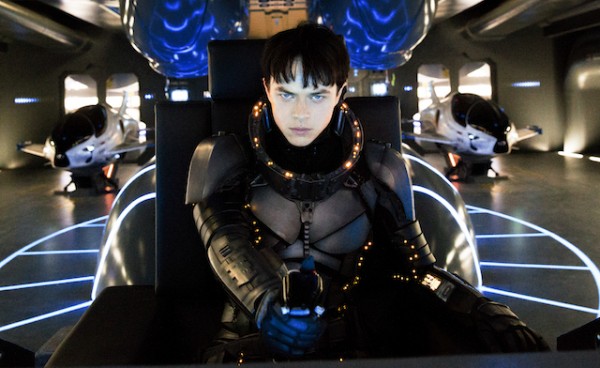 Valerian and the City of a Thousand Planets Press Conference Highlights

Writer/director Luc Besson and cast members Dane DeHaan and Cara Delevingne gave a press conference in Los Angeles about their new film Valerian and the City of a Thousand Planets. Here are some of the highlights: 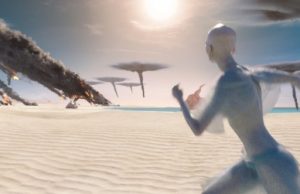 “It’s a true story, when I went to see Avatar one day, my script was almost ready,” Besson said. “I’ve seen Avatar and I came back home and I put my script in the garbage and I started again. Because Avatar just pushes all the limits and it was just amazing and I was not on that level. I don’t mind being second but I want to be second. I don’t want to be ninth. So thanks to Jim Cameron, my script is much better now than it was.”

It takes four people to be Rihanna.

“There’s three different composites plus her, so four,” Besson revealed. 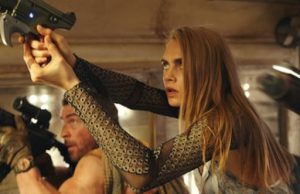 “The amount of odd stuff that was put in that trash chute, like different slimy parts or random things,” she recalled. “Just getting to dive into that, honestly the detail of the sets that were made were so incredible, I never wanted to leave. Just discovering all the different moments was really special.”

Dane DeHaan is a trained fencer.

“I took sword fighting in acting school and I never thought I would use that,” DeHaan said. “When I was handed two swords, I got to fight with these guys on stilts, it was just a blast.” 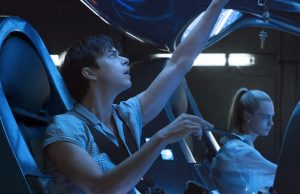 “I tried to organize the day, because I wanted to be there the first time they met,” Besson said. “I organized with my calendar. You know, I’m a director so I tried to organize the thing. And then she called me and said, ‘Oh, I saw Dane last night.’ ‘What do you mean?’ ‘I was at a meeting and he was there.’ Then he called me. I was not there when they met. I was so frustrated. I asked them, ‘So, what did he say? How was he?’ ‘Oh, he was good. It was fine.’ They didn’t give me anything. So I had to wait a month to finally get them together.”

Valerian is dedicated to Besson’s father.

“He gave me the first one,” Bsson said. “He passed away before we started the film.”

The most important scene is not a special effect. 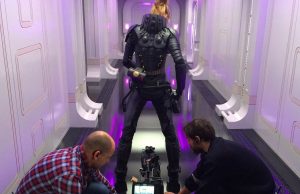 “It’s the scene where she talks about love and she has to have tears and say, ‘I don’t ask you to die for me. I ask you to trust me.’” Besson said. “I was waiting for this scene for almost 15 weeks because it’s the juice. It’s the juice for a director. No special effect, you’re like this, it’s the two actors. You throw everyone out of the set. My thing is when are we going to make it? If you make it too soon, they’re not ready, not comfortable. And then you always reach the moment where they’re ready, they can do it. When they’re ready, just wait a little more. Just wait one more week because now they’re dying to make it. They want to do it. Then you play with that a little bit. You’re scared about the scene first, then you want to do it and now you’re dying to do it. I almost did it at the end. I played a lot with that. The day of the scene was just magical for me. It was the first time we had the freedom just to be the three of us. No one else exists and we were in that little world. It’s for me my best souvenir, that scene.”

Valerian and the City of a Thousand Planets opens Friday, July 21.