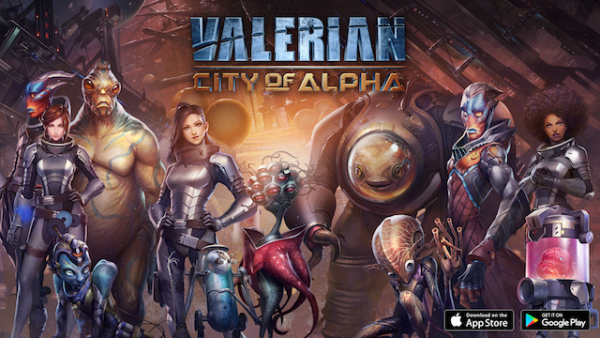 If you like Valerian and the City if A Thousand Planets, you can have a chance to build your own Alpha City. The new Android/iOS game Valerian: City of Alpha is a builder in the world of Valerian. The great thing about builder games is you can apply them to anything you love. Love The Simpson? Build your own Springfield in Simpsons Tapped Out. Love the new Valerian movie? Get started creating your own space city. 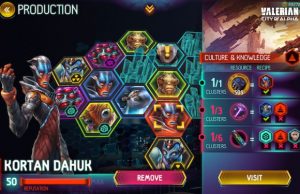 In the film, Alpha City begins as an international space station, then becomes an interplanetary space station. When it becomes too unweildy for Earth’s gravity, it goes off into space where it becomes the City of 1000 Planets.

Like all builder games, City of Alpha starts small. You only have five races of people to choose from and limited access to the solar system. The more you send your people on missions, the more they can discover and unlock for you. The launch contains 16 species and will continue to develop in real time.The galaxies potentially available in the game include our own Milky Way, and other fantastic realms. 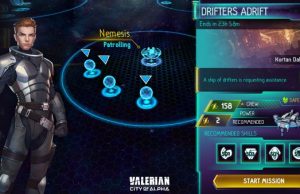 There are plans for Valerian (Dane DeHaan) and Laureline (Cara Delevingne) to appear in the game, but only when they discover Alpha City in the story. It’s already the city of 1000 planes when they find it, so that could take a few years in the game.

Graphics reflect the film with high definition and bright colors. Like most builder games, City of Alpha can play in the background while you do other things. Since the movie is not out until Friday, you can get a head start on building your own City of Alpha today.

If you’d like to have a more feet on the ground experience, there is also an endless runner game. Jump, slide and turn through environments based on the Valerian movie.