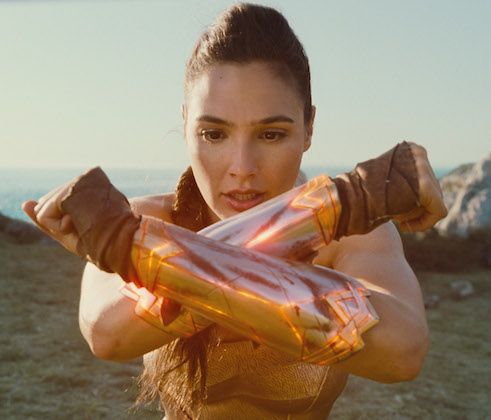 I grew up watching Wonder Woman on TV. I didn’t know there was anything feminist about it. I just thought she was a cool, powerful hero. Perhaps seeing her and Supergirl made me the man I am today, one who doesn’t think twice about including diverse people. If there’s anything to that, it’s important that Wonder Woman is back. Either way, this movie rules. 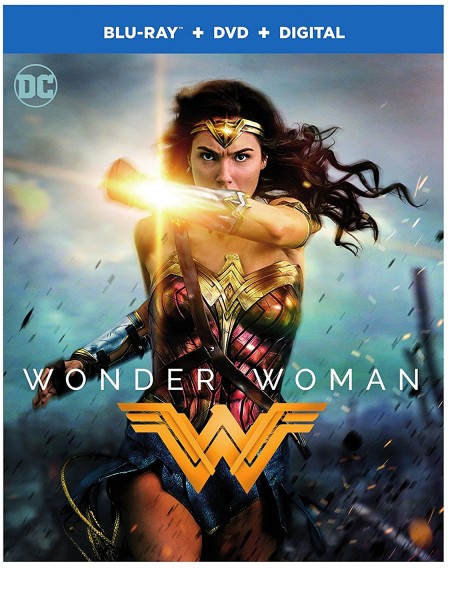 They’ve inherited a bit of the action aesthetic from the previous DC movies. There is a lot of slow motion and green screen, but boy there is something powerful about seeing the 300 style of action entirely with badass Amazon women, a diverse mix of women too. The early scenes on the island also show how beautiful slow motion stylized action can be in bright, lush environments. Diana (Gal Gadot) finds herself back in overcast and dark war zones later, but perhaps showing the beauty that can be achieved will influence future superhero movies.

I must admit I got choked up when Wonder Woman emerged from the trench and triumphantly revealed herself for battle. That sequence really ramps up the action they’ve established earlier in the movie. Bracelets, the lasso, jumping and super strength come together in an action centerpiece. 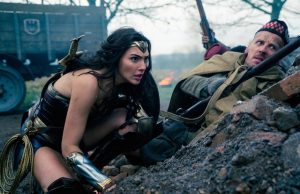 But what makes Wonder Woman a true hero isn’t her powers. Her heroism is helping people. The fighting is just a bonus. Diana makes her comrades feel important, even if they’ve lost their battle prowess. Seeing the human cost of war, both physical and PTSD, weighs on her but also discovering human luxuries is lovely. I think her sincerity and compassion are her greatest super powers of all. 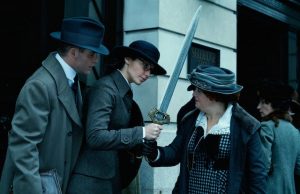 Diana’s fish out of water scenes are fun. Gadot is endlessly endearing as she learns about human society, and Steve Trevor (Chris Pine) can’t explain quickly enough what takes most people 20 years of life to learn. Her take on human constructs like work and monogamy are poignant, but suddenly thrusting her into society also illustrates some important lessons. You can’t change the establishment, but you can defy them anyway.

The best part is still the beginning when young Diana (Lilly Aspell) trains and discovers her powers, because the hero discovering his or her power is always the best part of a superhero movie. Even getting punched in the face is a discovery. Gadot reacts like, “Okay, that’s what that feels like. Let’s not let that happen again.” Young Diana represents all the little girls watching this so they can see that they too can grow up to be like Wonder Woman. It’s also good to show them that no matter how much their mothers try to protect them, they have their own individual power. Sorry, parents. 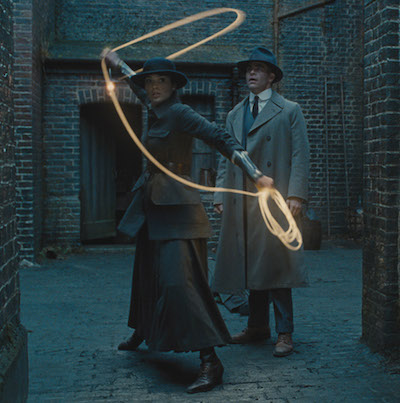 It would be nice if there weren’t so much reliance on digital doubles (the jumping never looks convincing), but hurling a tank is cool regardless. In the end, the villain dons the Gimp suit from Pulp Fiction, but kids won’t have that reference. It’s only silly to me. 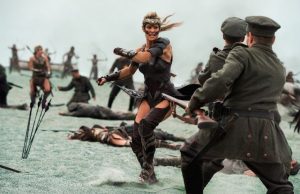 Wonder Woman looks even more beautiful on Blu-ray. The bright island scenes are still the best, with the golden God Killer chamber and the porcelain beach. The golden lasso really glows in HD. Diana’s blue dress really stands out when they infiltrate the German party.

There is tons of gritty detail on the battlefield. Nighttime scenes are a bit more dim and drained of color. They old up against the other DCEU films but aren’t Wonder Woman’s brightest spots. However, the fiery climax looks way better in HD with glowing fire.

My main takeaway from the behind the scenes features is the color correction. We see some scenes filmed day for night and WWI trenches greyed up in post. They talk about the aesthetics of the color down to the smoke.

A lot of women behind the scenes are highlighted and get to express their aesthetics. Seeing Patty Jenkins demonstrate fight scenes to Gal Gadot and calling the battle action for reactions is infectious. 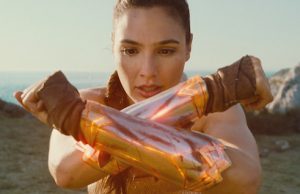 They shot the glass plate photo on a real glass plate. You can’t CG that. Watching the Amazon’s work out is motivating in the “Warriors of Wonder Woman.” Seeing comic book panels in HD in the “Trinity” feature really highlights the art. “Finding the Wonder Woman Within” is a discussion of Wonder Woman’s values includes wonderful perspectives of women in all industries, and men too.

Extended scenes are significant. There’s a longer fashion montage. Charlie (Ewan Bremner) gets another beat at the train station and more around the campfire. An alternate scene is a walk through a minefield which is pretty exciting. Some of the extensions hurt the pacing of the scene, but perhaps that’s only because I’m now used to the final cut.

An epilogue suggests a spinoff there are no plans for and includes on the nose anachronistic jokes. There’s an Easter egg I don’t know what it is. If it were a credits tag, I wouldn’t have gotten it so it’s for the better it only exists on the DVD and Blu-ray. 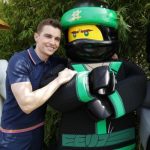 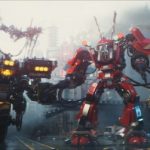