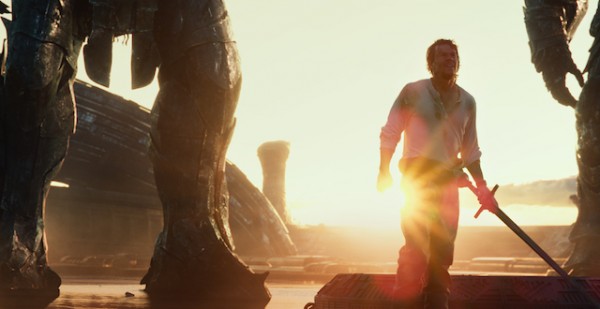 Transformers: The Last Knight picks up where Age of Extinction ended, with Optimus Prime flying into space to meet his creator. It also picks up with Cade Yeager (Mark Wahlberg) and introduces a bunch of new characters. In trying to connect all five films while moving forward, The Last Knight is all over the place but every place it goes is worth visiting. 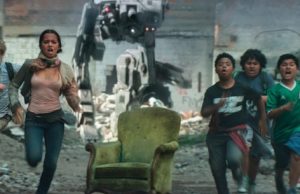 Including a group of kids give this Transformers more of an Amblin feel than even the first one (Sam was already in high school). I wish the kids were in more of it, but there are so many characters to service. Really Izabella (Isabela Moner) is the only one representing the kids after she rescues the boys and sends them on her way, and even she disappears until the end.

Two women are actually introduced and I thought they were each Megan Fox, like maybe they mended fences and brought her character back. It shows you can put 14-year-old Moner in a low angle shot, or dye Laura Haddock’s hair brown and capture Michael Bay’s type. 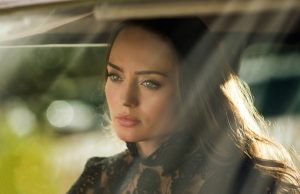 It’s nothing against the actors. They quickly stand on their own when they’re revealed to be an ingenious teen or a capable historian. It’s just women tend to be introduced the same way in these films. It takes a few shots before you acclimate to who you’re looking at. Vivian (Haddock)‘s polo match is one of the most IMAXy scenes, and yes, Michael Bay’s idea of an Oxford professor still has glamour hair and makeup with cleavage. She’s also the typical goofy klutz, because that’s apparently what makes attractive people more relatable.

Anthony Hopkins seems to be having a blast screaming at tourists and yelling at stuffy British authority figures, spouting exposition and technobabble as if it’s Hannibal Lecter’s psychoanalysis. He’s known for mimicking his directors so there’s a good chance he embraced the Bayhem and participated in the best way he could. Anthony Hopkins isn’t going to play the Josh Duhamel role so he’ll be bombastic with his acting, screaming “dude” and “bitchin’” whenever he can. 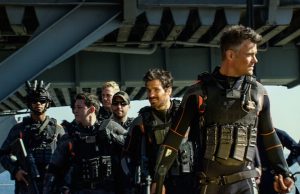 When Sir Edmund Burton (Hopkins) explains the Witwiccan society who’s kept the Transformer secrets through the generations, the film is really bending over backwards to give all five films a connected mythology. It connects them in the most blatant, awkward way possible and it’s magnificent. Characters like Simmons (John Turturro), Lennox (Duhamel) and General Morshower (Glenn Morshower) are there just because they’ve been in other Transformers movies.

Also, didn’t they already form the TRF in Revenge of the Fallen? Once again the government is hunting robots. Megatron (Frank Welker) negotiates for the release of Decepticon prisoners and then their whole gang disappears for most of the movie, so what was the big deal about releasing them? 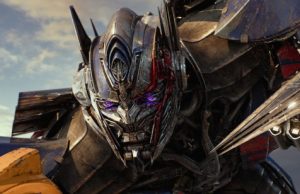 According to these films, Transformers have been around throughout our history. Age of Extinction said they were in prehistoric times. Dark of the Moon said they interacted with NASA. Now add the Dark Ages and World War II. Not sure how they stayed hidden until Sam Witwicky (Shia Labeouf) discovered them but whatever. Optimus Prime (Peter Cullen) doesn’t seem to remember either. He returns to Cybertron and asks, “What has happened to my world?” Dude, you left it during the apocalypse!

There’s a little more Dark Ages here than there was dinosaur times in Age of Extinction, but you’ll still want to see more. Drunk Merlin (Stanley Tucci) is fun and knows exactly what movie he’s in. Alas, we return to modern day but action sequences in a ghost town, on a submarine, the streets of London and Cybertron itself are impressive.

When Prime goes back to Cybertron he meets his creator Quintessa (Gemma Chan). Quintessa Hellraisers him with chains like a cenobite. It arguably took Prime five movies to turn evil, where most superheroes go bad in part three, although Prime has murdered in cold blood and abandoned the humans before. So, uh, he gets an evil name in this one, Nemesis Prime, but still ends up talking about faith and honor. 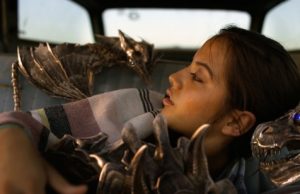 In trying to be more progressive, The Last Knight calls more attention to itself. A Native American chief doesn’t like when Cade calls him chief. He actually is a chief but feels it sounds racist when Cade says it. You can hire new writers, but these films still don’t understand what racial stereotypes are, as hard as they’re trying. Cade still calls Izabella “Little J-Lo” and they body shame Hound (John Goodman). It’s particularly odd when they make fun of Cade for not getting any. Whether because he’s been on the run, or because he’s still mourning his wife, not having sex is considered worse than being a fugitive from justice. Likewise, Vivian’s mom and her friends really want her to date someone. Self-referential jokes about making exposition feel “epic” don’t quite work either.

Even when it’s uneven and disjointed, The Last Knight is awesome and interesting. Since Age of Extinction, I think the Transformers movies have actually figured out what they’re supposed to be. They are set pieces, they are conflicting stereotypes, they are convoluted history that means a lot more to the characters than o the audience, but they mean it. I’ll take sincerity over mediocrity any day. 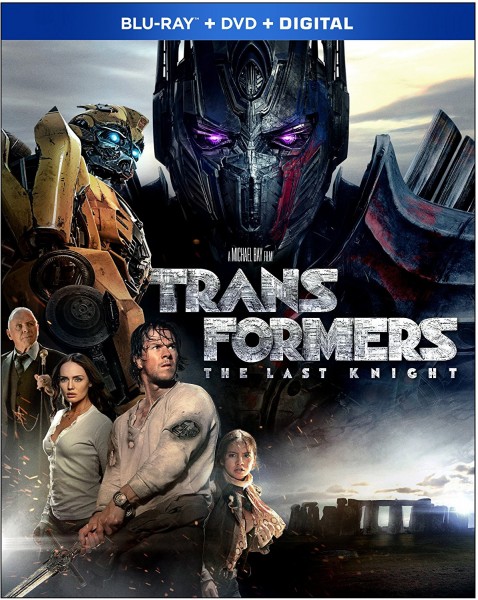 Blu-ray does the IMAX footage justice. The crisp, sharp frame is overloaded with color, explosion and debris. The medieval scenes are caked in dirt. The international cities shine. There are so many sights: Cade’s junkyard, the abandoned city, the British castle, underwater, space…

The aspect ratio changes just like the IMAX theatrical experience. There are at least three different ones on Blu-ray: open, thin lines and widescreen 2.35:1. The full IMAX frames looks great, full of HD info. The regular shots only pale by comparison. On their own they look great too, but the edit keeps going back and forth.

There’s not much more they can tell us about making a Transformers movie but they still do. We do get to see the Transformers writers room and some of the ideas that didn’t get made and some that became flashback scenes in The Last Knight. I don’t see Akiva Goldsman in there. Bay is and Spielberg even skypes in.

The London feature is nearly a half hour and has some fun behind the scenes stuff at the polo field (Michael bay talking to polo riders), and other complicated shots on the London streets. I feel like the explosions look even more impressive behind the scenes. It looks more coordinated this way. 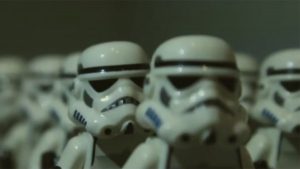 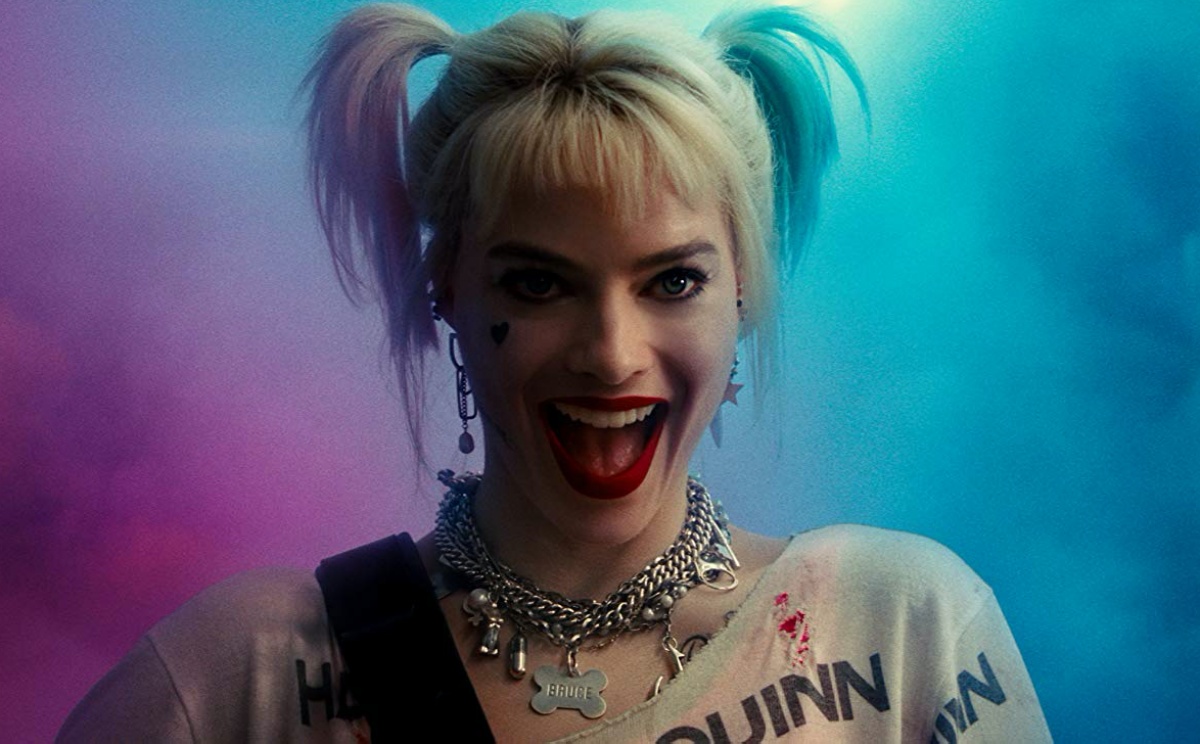 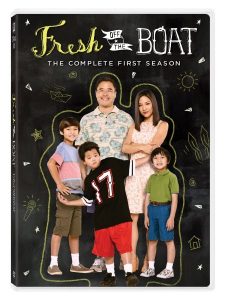 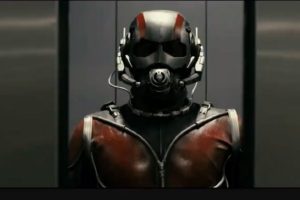 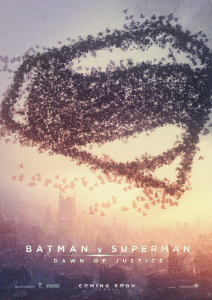