Scarecrow Junior is the main focus of this season’s second episode. He’s the inmate who takes over the asylum.   He was free, but Scarecrow goes back to Arkham to dish out a heaping helping of revenge. But he’s not your ‘Wizard Of Oz’ scarecrow. Oh No! He’s a lot scarier, and he’s got this fear toxin that he sprays in his victim’s eyes. It causes hallucinations based on their worst fears. So of course the illicit overlord of Arkham, who was cruel to young Scarecrow, gets a face full of the fear juice. And he begins to see his worst fear, a low-rent version of Pennywise from the movie ‘IT’. Yeah, they went there. So maybe this scarecrow does need a brain, like his Oz counterpart, because that’s pretty much the only scary thing he does. And seeing a demon clown definitely left us feeling like we’ve  been there and done that.

The guards flee the asylum, as they probably should. There’s a crazed dude running around making the Gotham nut house even nuttier. So Jim Gordon comes in, alone, to set things to right. And he has no real plan or strategy, so maybe Jim is in need of a brain too. Because the Scarecrow almost immediately douses Jim with the fear fluid, incapacitating him. Why you ask? Jim killed his Dad, Scarecrow Senior, so Jim was atop the revenge list. But instead of killing Jim, the Scarecrow hopes Jim’s fear will do him in. I told you this guy needed a brain. (If he’s that pissed off, why not just shoot the guy?)

Jim’s worst fear is that Lee will kill herself because of him. Wow, he must really think a lot of himself. So while Lee bleeds out in a bathtub, Jim just decides to snap out of the fear-induced hallucination. I guess it’s that easy. But in all fairness, Jim is a stud. And he also figures out that if you wash off the toxin with ordinary water, you’re cured as well. Yes! That’s the unknown antidote to the fear toxin that nobody else figured out. I mean, if any chemical splashes in your eye, isn’t washing it out with water the first thing you do? It’s literally the very first thing. I think the writers could use a brain too. So Jim Gordon stops the Scarecrow and saves Arkham. Was there every any doubt? Proving once again that he’s the only cop on the GCPD that’s worth a damn.

Let’s be real. The Mayor and the Police Commissioner are honoring Penguins’ new crime licenses. So the police don’t stop, or arrest, criminals any more. So what are they doing? I don’t even think they write parking tickets any more. Luckily, dorky Bruce Wayne lurks in the shadows righting wrongs with his fists of fury. Lucius Fox even gives him a bulletproof new outfit, and it’s just like what happened in ‘Batman Begins.’ Though in that movie it made more sense. So there you have it; The Dork Knight Rises.

Barbara Kean is alive again! And no one is really surprised. No one dies for very long in Gotham. They come back, usually with a swank new hairdo, and possibly super powers. Well Barbara’s got the new haircut, but as yet hasn’t developed any powers. But Ivy’s another story. She started out as a weird twelve-year-old, got killed, then resurrected as a hot twenty-year old with seduction powers. Which was child-porn creepy. And in this episode, Ivy drinks enough chemicals to kill an elephant, but instead of dying, she begins to change again. That’s the cliffhanger. But I’m guessing she gets plant powers. In the comics, Poison Ivy could kill or mesmerize you with a kiss, AND control plants. Let’s see if I’m right.  STAY TUNED!!!

LAST WORDS: Tabitha and Selina reluctantly go to work for Barbara, who is now a high-tech arms dealer. Where’d she get the money for that? I guess the Grim Reaper is a sugar daddy… And Bruce’s new outfit has a Batman-like cowl, without the pointy ears and cape.  So in one of the episode’s final shots, you see this lanky Sixteen-year-old kid, in costume, looking out over his city.  How A-Dork-Able… 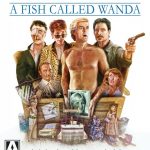 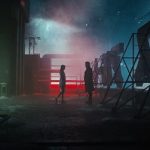