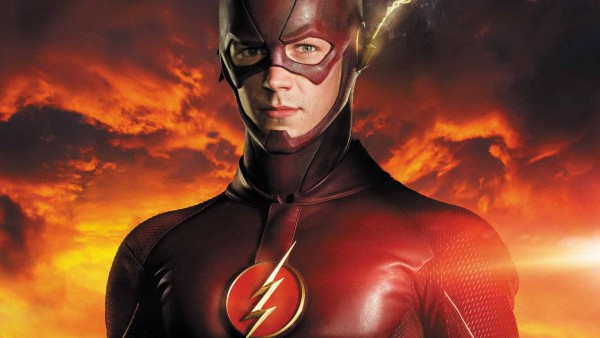 Guess what? The Thinker is smarter than Barry. That’s why at the end of the episode – Barry is arrested for Murder after an elaborate, and contrived,  body-switching scenario. DeVoe, who is dying anyway, uses a telepathic meta-human’s powers against him, and does the traditional mind switcheroo. Then he kills his old body and leaves it in the Barry/Iris loft for Captain Singh to find. Honestly people, I think the first time I saw a bad guy use the mind switcheroo trick was on Gilligan’s Island, and then on every other cheesy show thereafter. And now they’re doing it on The Flash.   Come on guys, is that the best you could come up with?

And about that sloppy let’s-frame-Barry-for-murder twist: Why didn’t Barry just use his super speed to take the body to Star Labs, and clean up the blood, before Captain Singh and company burst through the front door? Team Flash could have used their smarts to figure out The Thinker’s plan, and possibly thwart it. But instead, Barry just stands there waiting to be cuffed, arrested for a crime he didn’t commit. Wasn’t that Barry’s dad’s claim to fame.? So when the show comes back on January 16th, we get to see Barry’s trial. Won’t that be exciting?-said with sarcasm.  Maybe Kid Flash will come back to fill in for our incarcerated speedster. That would be cool.

Amunet is back, and she kidnaps Caitlin. Too bad they didn’t think things through last time they defeated her. Killer Frost just let Amunet walk away, instead of putting her on ice and delivering her to the Meta-human prison. But that didn’t happen, so now Amunet needs a doctor to save the life of the handsome young telepath, so she can turn around and sell him to DeVoe. Doing a bit of Meta-human trafficking. Caitlin uses her skills to save the dude’s life, because that’s how she rolls. And as they plan their escape, Caitlin and the telepath develop a mutual attraction.   But their flirtation is short lived, because DeVoe switches bodies with the telepath, and now he and DeVoe’s wife are an item. And it’s not really adultery, since the handsome young man is DeVoe now, but it sure feels like it.  So is the young stud’s mind gone for good, now that DeVoe’s consciousness is in charge?  Or will he come back from the brink some day to date Caitlin?  Because for some reason Caitlin can’t go a season without dating somebody new.

Stretchy Ralph is also back. I’m not sure where he went during the crossover, but he was definitely M.I.A.. And he wants to be less of a jerk and more of a friend, but Ralph’s really not sure how to do that. I think It would help if Cisco went ahead and named Ralph The Elongated Man, and gave him a better suit. Maybe he’d be more confident. But neither of those things happen. So Ralph decorates Joe’s house for Christmas, and Team Flash has their annual Christmas Party. That’s when Barry learns about the body switch, AND gets framed for Murder. SO STAY TUNED!!!

LAST WORDS: The Flash is still fun. But I wish the scripts were written a little smarter. At the end of the big Crossover, Barry caught the Reverse Flash, but then just chose to let him get away. Why not lock him up in Meta-jail? Why free him so he can come back and try to kill you again? The same with Amunet; they allowed her to just walk away, and now she’s back causing even more trouble. I know these are cool and colorful villains, played by cool people, but they need to find ways to keep them in the mix that don’t make our heroes look stupid.