Disney in a press release announced on Tuesday that they are producing a new set of Star Wars films, but not the films we are thinking of. This IS NOT the new trilogy produced by Rian Johnson, this IS NOT the Skywalker saga,

This is a completely new project.

The new set of Star Wars films are going to be written and produced by David Benioff and D.B. Weiss, the showrunners (other than George R. R. Martin) behind the hit cable series Game of Thrones. With Game of Thrones entering its final season, it puts Weiss and Benioff at a very opportune position and it looks like Disney is taking advantage of it.

Imagine what it would be like to see the character complexity and intensity that Game of Thrones has mixed with the legacy that is Star Wars. You might think of something ultra-violent, maybe something highly racy, definitely something that will get conversations going.

But it’s not like Game of Thrones is Weiss and Benioff’s only hit. Both of them met while working on the movie Troy and they’ve since been collaborating on a new HBO series called Confederate. Working on a new Star Wars story has Kathleen Kennedy, president of Lucasfilm ecstatic, “Their command of complex characters, depth of story, and richness of mythology will break new ground and boldly push Star Wars in ways I find incredibly exciting.” In a joint statement, Benioff and Weiss said they were “honored” and “terrified” by the responsibility.

I’m sure we would too.

No release dates have been set and they are reportedly going to begin as soon as Game of Thrones is complete. Keep up with Nerd Report for up-to-date news on this. 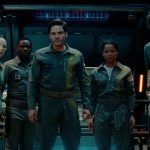 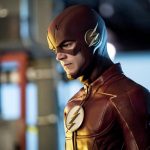 THE FLASH Recap: The Change Up

THE FLASH Recap: The Change Up