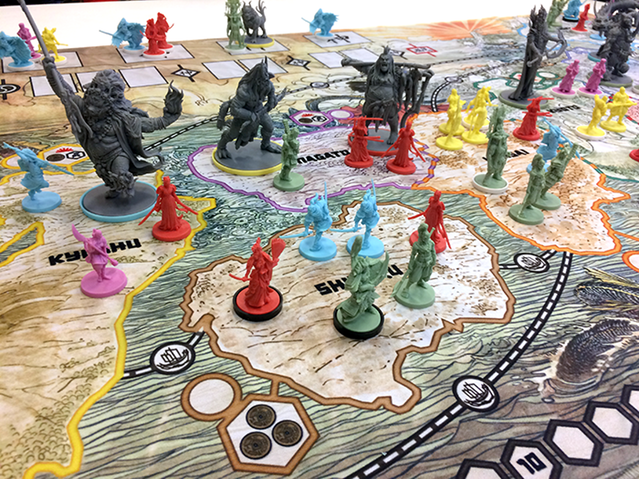 Believe it or not, there’s been a growing movement in the realm of board and card games. It seems that since the early 2000’s, analog games (board and card) have been growing exponentially. No longer are families bound to playing Monopoly, Sorry, or Life. Many card game enthusiasts are familiar with games like Magic: The Gathering, Yu-Gi-Oh, and Pokemon, but did you know that there are hundreds of cards games that get released every year? On average, there were a little over 1,000 new board games released in the year 2000 and in 15 years, that number has grown by a factor of 5 according to boardgamegeek.com. 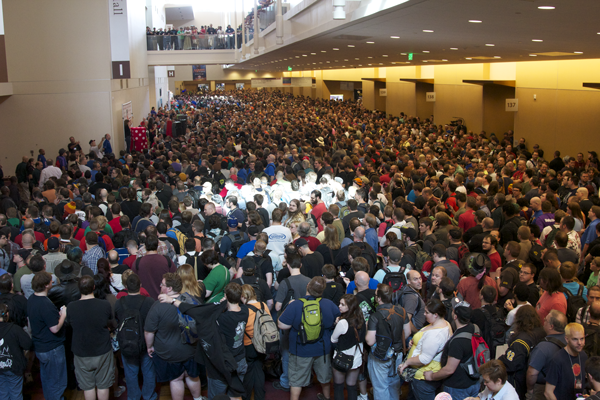 Analog games are a multi-million dollar business…at least on Kickstarter. The games category makes up for over $760 million in revenue. It beats out Design, Technology, and has even made over 3 times as much as Music projects.

Many of these games are not your average box family game you can just pick up at your local toy store. While many of these projects are small in scope, it’s not uncommon for a game to completely blow its goal out of the water. Take Exploding Kittens, a game designed by Elan Lee with the art stylings of Matthew Inman from The Oatmeal website. Its original goal of $10,000 was reached in a mere 8 minutes and went on to finish its campaign well over $8.7 million. Another game, Kingdom Death: Monster gained similar success, but through trial and error. On its third campaign, the game raised over $2 million, and then a 1.5 version raised an additional $12.4 million and was the highest game-related project to date. It features high quality 3D printed figures, almost 1,000 cards, and massive amounts of tokens. A recent release, Rising Sun, also featured high quality 3D printed miniatures and arrived as a 13lb box! In it, was the base game, a separate box for the Kickstarter extras, and 2 special expansion boxes…and the game only takes 1-2 hours to play! Compared to Monopoly which weighs in about 1-2 lbs and can easily play over 4 hours.

But why? With video games having an (arguably) more immersive experience than your average board game, why are people shelling out millions of dollars for cardboard?

I believe there are several factors:

1. The need for substantial social interaction.

Social interaction over the past 30 years has gone from picking up a telephone to talk to someone to texting over your cell phone. Nowadays, many people only use text to communicate and only reserve talking on the phone to extreme emergencies. Even though there’s been advancements with communication in the video game world with voice chat and services like Twitch, Xbox Live, and Playstation Network, I believe people are trying to return to the time when we thrived off of personal, social interaction.

After all, we are social animals! We could play online games all day and still feel lonely. We not only want it, we need it. There are plenty of studies that prove this. I truly believe that the rise in analog games is a knee-jerk reaction to an information age that is slowly taking away our ability to interact with other people.

2. The need to practice our communication skills.

It can be argued that even though physical communication is advancing, the art of communication is dying. I’ve already talked about the merits of social interaction, but playing an analog game with other people does something that video games took away, the need to communicate what you’re going to do. In this digital age, game mechanics are almost all automated; when we pull the trigger to fire a weapon, we know fairly quickly whether or not we hit based on the crunching of zeroes and ones. In analog games, we are forced to explain not only the how, but the why of what we do. In Monopoly (I know, horrible example), everyone knows what I do…I roll the dice, I physically (or tell someone to) move my piece on the board, I tell everyone whether or not I’m buying the property OR the person that owns the property tells me how much I owe…then I decide whether or not to flip the table. When I’m playing an online video game, yes, I talk to my friends, but they don’t see exactly where I’m going to go, when I pull the trigger, or whether or not I hit the enemy in the head. All of that is automated. We are not forced to explain our actions because the game doesn’t require us to do so. 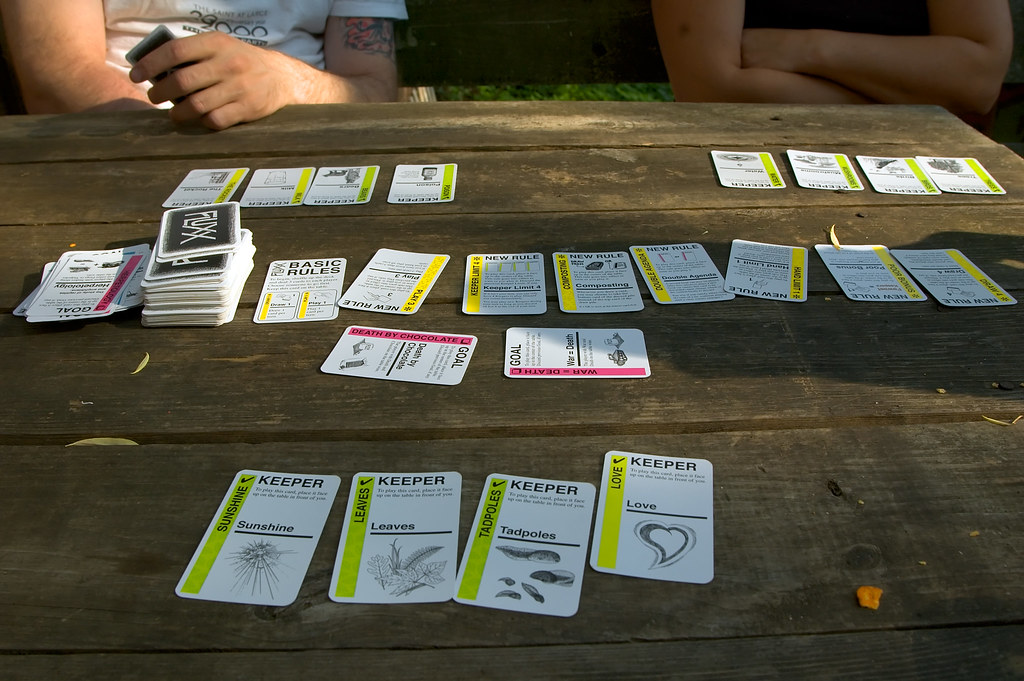 3. The need to bond with other people.

Earlier I mentioned that we could be online all day and still feel lonely. The same can be said of being in a workplace full of people. It’s not just being around people that we need, it’s the meaningful interaction we crave. Jane McGonigal in her extremely popular TED talk about making a better world through playing games mentions that when we play a game with someone, it takes a lot of trust. We trust that the other person is going to give us a fun experience, it builds stronger relationships and encourages collaboration and teamwork.

And it’s true. One of my old supervisors got our team together during breaks and made us play multiplayer games together. At first it was a little forced, but when I played, it bonded me with my team that much more. I felt more relaxed and at ease. Effective teams regularly have some kind of play time that encourages bonding and strengthens the resolve within the team.

4. The need to step away from technology.

Let’s face it, after some time behind the computer or a TV, we just want to lie down or get out. I’m not against technology in any way, but I honestly need that time to step away from a computer and experience the world around me. I don’t have to explain the massive amounts of studies that conclude that we need to get out and move. There are movies like Wall-E, Office Space, and Idiocracy that mock the sedentary lifestyle. It starts with taking some time away from technology once in a while.

5. The need for something different.

Video game companies nowadays are leaning towards business models that favor recurring profit models rather than one-off games. What I mean is that many video game companies are extending the shelf life of their games by offering things like downloadable content, multiplayer content, and loot boxes. Unfortunately, this means that they will tend to gravitate to games that are easy-win, remakes, or sequels to already existing games. It doesn’t leave a lot to creativity, which is why there’s a growing trend in Indie gaming…but that’s for another article.

What many look for is something…different. The analog gaming industry takes far more risks in content and is far less risky than a typical AAA video game endeavor. Cards Against Humanity was an experiment based on the popular family game Apples to Apples. HATE is a recent Kickstarter project that has a mature rating. Potato Pirates is an attempt to teach basic programming skills through a fun game mechanic. Even Riot Games, makers of the popular online game League of Legends, created a very beautiful board game based on their video game called Mechs vs. Minions.

If you are a fan of games, and are looking for something different, maybe this is the time to get in on the action. Outlets like Target, Barnes and Noble, and even Walmart are selling analog games in sections that have been growing over the last 10 years. There are one-player, competitive multiplayer, and even co-op games out there that have themes ranging from Marvel-themed games to games featuring the works of H.P. Lovecraft (Cthulhu mythos). They are as short as a few minutes to as long as you want them to be. In fact many of the best games can be played in under an hour.

So get going and play games!