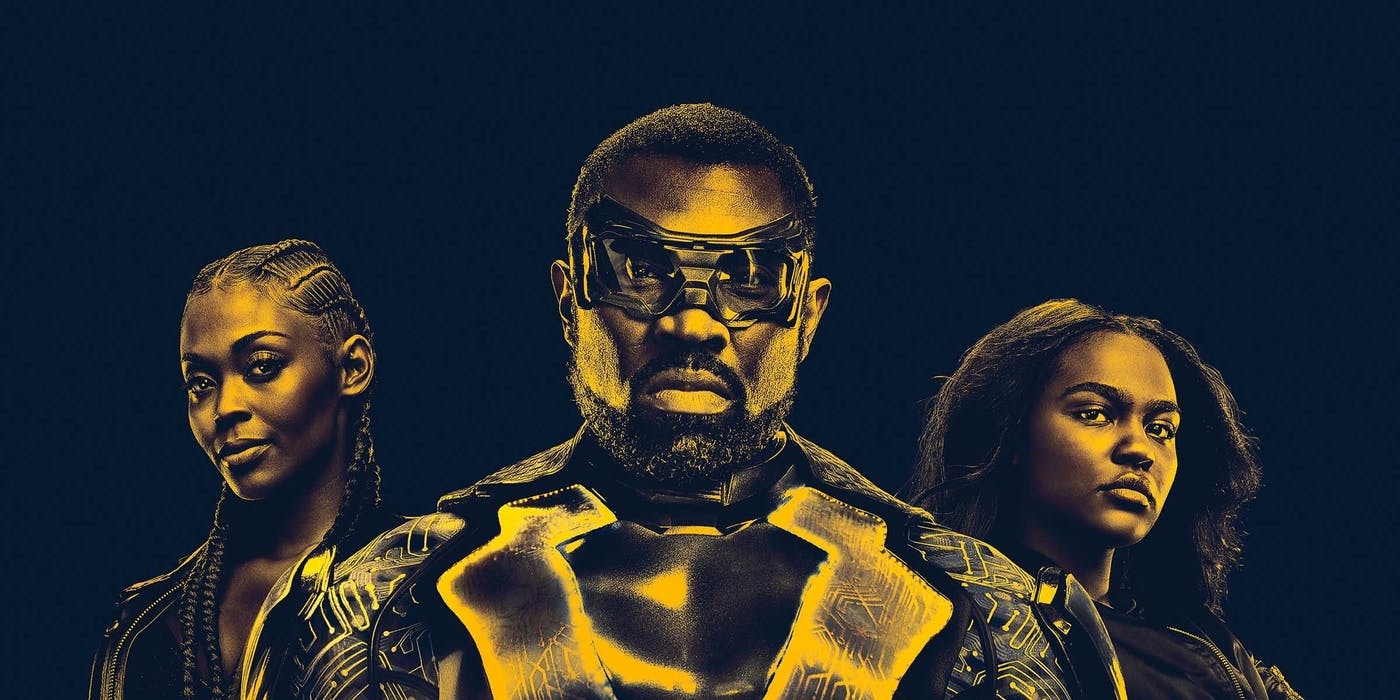 There were a couple of real big revelations this episode, so the title this week was apropos. The least surprising is that Jennifer has some kind of energy power. After finding out that Anissa inherited powers from her Dad, I’m surprised that Jefferson and Lynn didn’t sit Jennifer down right away and let her in on the family secrets. Instead, they dragged their feet and she found out on her own. Which was very confusing for her. But at the end of the episode she tells Anissa. So I’m sure next episode she’ll find out everything. A little communication can be a beautiful thing people, I hope this is a lesson-learned moment.

The second reveal of the night came when Gambi decides to finally come clean to Jefferson about what’s really been going on. Gambi’s real name is Peter Esposito, and he came to Freeland thirty years ago, on a nefarious assignment for a government agency called the ASA. They developed a vaccine meant to make people docile and compliant, and they experimented on the City’s urban population. In an era of explosive political and racial tension, keeping the peace was a top priority. But instead of putting a damper on free will, the drug gave people super powers. What-what!!!!

Gambi leaked info on what’s going on to a journalist who got killed before he could publish the expose. That was Jefferson’s Dad. So when Jefferson reacts poorly to the news, you kind of get it. But when Gambi discovered that Jefferson was a meta-human, he vowed to protect him, which he’s done. But now, with the murder of Lady Eve, things have gotten messy. Everyone thinks Black Lightning did her in because of the energy rifles the real killers used.   But it was Tobias Whale’s men who did the deed, to get rid of a dangerous rival, and to discredit Black Lightning. And Whale’s plan worked. The people of Freeland have turned against the hero, and to make matters ten times worse, the ASA wants Black Lightning dead, and out of the picture. And now Gambi fears that he can no longer protect Jefferson from the powerful government agency.

So what’s a hero supposed to do now? Clear his name of course. With Anissa’s help. But without Gambi’s tech support, how is he going to fight Whale and his thugs, plus the ASA? And the compound that the ASA developed thirty years ago turns out to be a variation of Green Light. So it appears that the ASA are still experimenting with the people of Freeland. Plus, they put a bounty out on Black Lightning. So now every money-hungry killer in town will be on the lookout for Black Lightning too. Stay Tuned!!!!!

LAST WORD: I’m glad Jennifer’s storyline is moving along so quickly. I was afraid they were going to drag it out, which would have been boring. She finds out she has powers this week. Then finds out her Dad’s Black Lightning next episode… And I’m still not sure what’s going on with Lala’s resurrection. And he seems to be as confused as I am. And what’s up with LaWanda’s spirt self? Is she for real or just an aspect of Lala’s mental disconnect? He’s the only one who can see and talk to her. And he even tries to make out with her. So that happened.   I have questions, which I’m sure will be answered in time. This is a good show, so tell your friends. I’ll be at WonderCon for the Black Lightning panel. So I’ll bring you any and all new info. Hopefully by then we’ll know which CW shows are returning. Walter out!