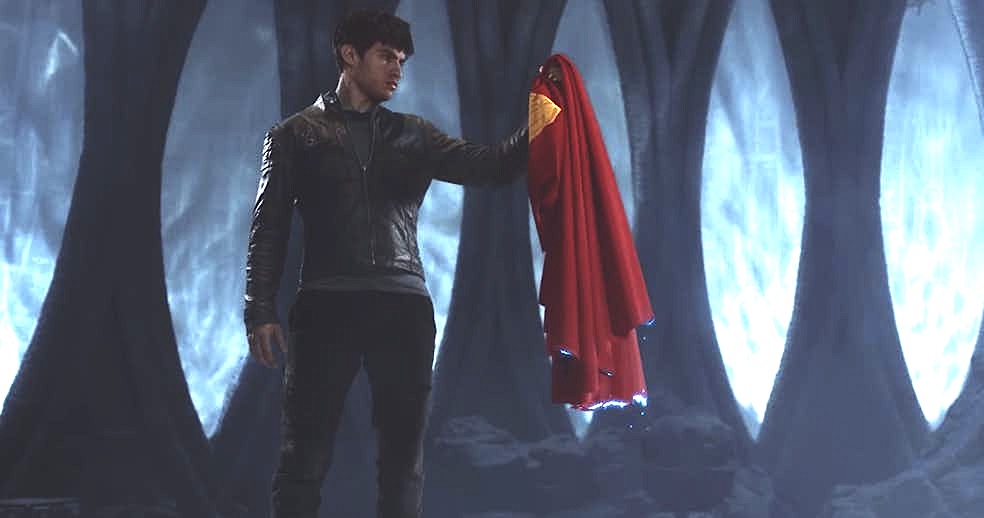 They spent some big bucks on the pilot, so it really LOOKED good. But unfortunately, this first hour of Krypton was just slightly above mediocre. My biggest problem with it was that I didn’t really like Seg-el, the lead character. I know he’s Superman’s grandfather and all. But he’s got that arrogant, hey-I’m-a-bad-boy, swagger that’s more annoying than endearing. So as he goes through his personal trials, and there are many, I’m not as emotionally invested as I should be. And here’s a big Kryptonian FYI; even though this is a scientifically advanced civilization, they’ll put you to death if you even contemplate the possibility of life on other planets.

That’s why Seg-el’s grandfather was stripped of title and honor and forced to walk the cosmic plank, falling into oblivion. He was trying to spread the word about this alien named Brainiac, a conqueror of worlds. But I guess believing in aliens is an affront to Rao, their multi-faced God. – Who also seems to be just some random guy in a multi-faced gold mask wearing Pope robes – So when Adam Strange shows up from Earth to talk to Seg-el , wearing a baseball cap and a hoodie, I wondered why there wasn’t more of a freak out. After all, Adam Strange’s mere existence proves that Grandfather-el was right all along.

But Adam Strange traveled through time and space for a specific purpose; to warn Seg that someone from the future is trying to wipe out Krypton, so that in the future, Superman will cease to exist. (Isn’t that the plot for all ‘The Terminator’ movies?) Adam Strange even gives Seg-el Superman’s very slowly dissolving cape. Because when the cape completely dissolves and disappears, that means that Superman is gone too. (And isn’t that like the fading picture gimmick from ‘Back To The Future’) Way to go David Goyer, at least you stole from the best.

Adam Strange also gave Seg the key to Grandfather-el’s hidden Fortress of Solitude. It’s the secret laboratory that the government has been searching for since his Grandfather’s execution. But Seg’s mother and father know where the locked fortress is. And so, for no real reason, Mom steals a flying car and takes Seg there. And while the inside of the fortress is a marvel, stealing the car to get there is a death sentence. Making you wonder what the rush was. Why not wait and borrow a flying car, like Seg does later? They’ve been trying to open the Fortress for over a decade. Why sacrifice so much to open it right away?

And it is a pretty big sacrifice. During the trial, Seg’s father and mother get killed protecting Seg-el. They lie, saying that Seg doesn’t know about the fortress, and then they die in a scuffle with the head of security, General Zod’s great grandmother. Krypton is a small world. Especially when you consider that Seg is in love with the security chief’s daughter. So her mother killed his parents. That’ll make for a rather awkward Thanksgiving, or whatever the Kryptonian equivalent is. Plus, to further complicate things, Seg-el is custom-bound to marry the daughter of the guy who had his Grandfather executed. Yikes! Color me confused.

But all things considered, I still give Krypton a cautious thumbs up. It does look good, because the costume design and special effects are top notch.  And the characters, though cliche, do have room to grow.   So while the pilot was a bit of a mess, I’m still interested enough in Krypton to watch a few more episodes with an open mind. After all, I am a Superman fan! But it needs to get better fast, and give me a reason to care. Or I might disappear before Superman’s cape does…