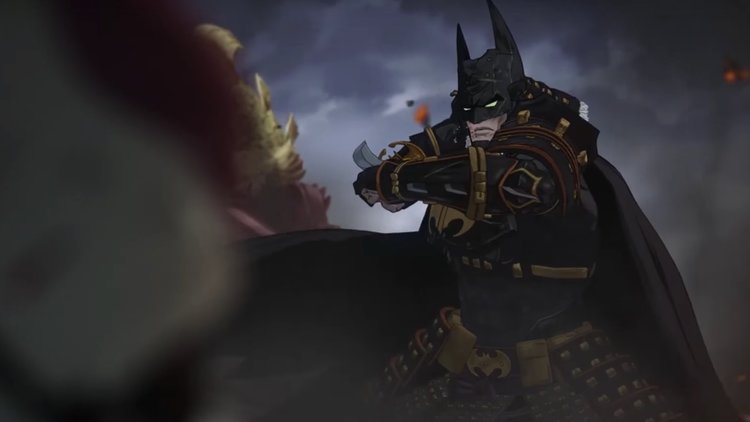 NINJA BATMAN IS GREAT.  Let me start by saying that I really had very little interest in this and went to the WonderCon screening under protest.

I know I’m the DC guy, but how many variations of Batman can one man endure?  And I guess the answer is, at least one more. Because I soon found myself swept up in this amazing new Anime Batman world, and I totally enjoyed every minute of it. The story was great,with many of the anime tropes that we’ve come to expect and love, mixed in with classic Batman elements, that make Ninja Batman both exotic and familiar. And the artwork and character designs make this a visual work of art. – I saw the english version, and the vocal talent was also top notch, But there’s a Japanese version too, with subtitles.  If you really want the full anime experience.

Gorilla Grodd is in the story, and at first that felt a little out of place, since he’s mostly a Flash Villain, But his inclusion totally works in concert with the story they’re telling.  That’s all I’ll say, because I don’t want to spoil anything.  But I do plan on buying the Blu-ray when this comes out, because I think it’s an instant classic.