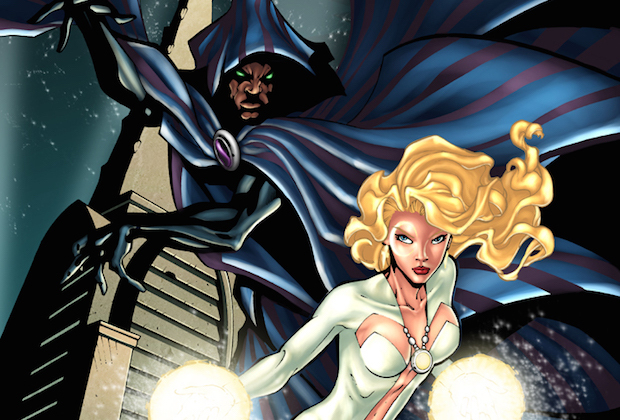 The Cloak & Dagger pilot premiered at Wondercon.  Since I am the DC Dude and not a Marvel Man, I’m not going to attempt a deep-dive here, but I will give you some info and my reaction to what I saw.  FIrst off, I did read a few of the Cloak & Dagger comics, but I can’t say I know exactly everything about them.  But in the comics I read they were older.  She was more sexualized and he was more stoic.  Dagger wore a white unitard with a tee-shaped neckline that was cut to the waist, and Cloak didn’t say much and wore a hooded cloak made of soul-snatching darkness.  In fact, in the comics, Dagger would sometimes use her light daggers to help Tyrone fight that darkness, when it was too overwhelming. 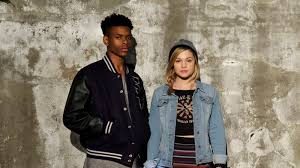 But this new series is on freeform, so forget all that.  Both Cloak and Dagger are in their late teens.  She wears a white dress once, with a normal neckline.  And he goes to private school and hasn’t got his cloak yet. Though we do see him wrap himself up in things on occasion, like bedsheets and trash bags.  She can create a light dagger when she’s in danger, and stab folks with it. That’s cool, right? And he can teleport when he covers himself up with stuff.  But he can’t control where he goes. OOPS!   This is an origin story.  So their powers could change as time goes on. Or they could remain this pedestrian.

Here’s my reaction:  I wasn’t impressed.  It wasn’t bad, it was just okay. Which sometimes feels worse than straight up bad.   It felt like they took two edgy older characters and gave us the muppet babies version.  Cloak seems to have more justified urban angst than real darkness.  And Dagger’s bad behavior comes from her Dad’s death and her Mom’s alcohol abuse.  So that justifies her bad choices, right? And the pilot was boring. I know it’s an origin story, and they tend to be tedious.  But by episode’s end I still wasn’t sure what the show was going to look like week to week.  And I really didn’t care.

But, in the show’s defense, I know that Free Form is aiming for a younger audience.  So maybe this is a Cloak & Dagger for the Riverdale crowd.