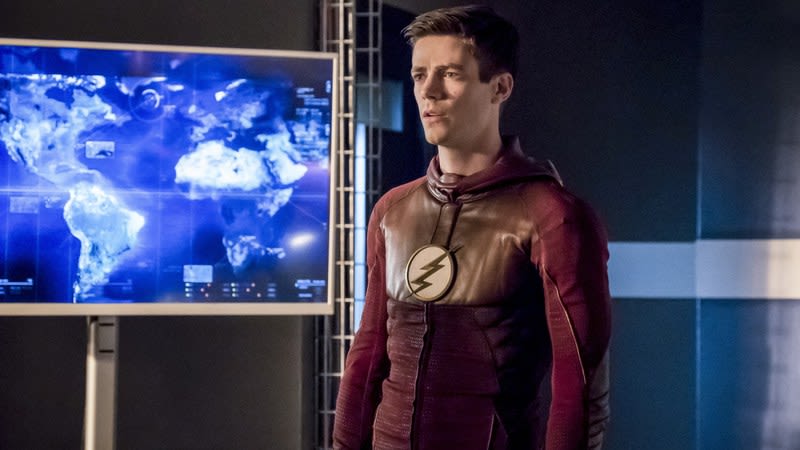 Yea! Barry finally stops being such a cold fish and shows some emotion, and it’s all thanks to the Captain Cold of Earth-X.   And just to jump ahead; This new and improved Snart doesn’t die, even though it was said to be his last appearance on the show. In fact, at the end of the episode, Cisco gives him the same kind of breech inducing device he gave Supergirl. Which would allow him to catch a breech back into our lives whenever he wants to. And believe me, we do want to see the quirky do-gooder back at some point in the future, either on The Flash or DC’s Legends Of Tomorrow… 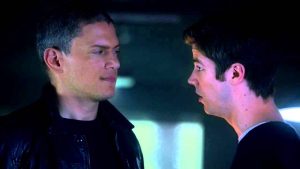 This episode had a lot of feels. It starts off with Barry being emotional clogged up, and unwilling to let himself grieve Ralph’s “death”. Hence, since everyone else is going through major Ralph withdrawals, he comes off a heartless jerk. But the superhero show must go on, right? So Team Flash come up with a plan to move the bus meta with the explosive nuclear power into a hidden ARGUS facility.  But they need a way to cool him down, just in cast things go south. That’s when they call on Captain Cold, who’s about to marry The Ray on Earth-X. And Snart agrees to help, as long as they get him back to the church on time.

Unfortunately for Snart, and everyone else, The Black Siren of Earth-X catches a ride when Cisco and Barry Breech Captain Cold over, and she’s pissed. Black Siren’s got a bee in her bonnet called revenge. During the last crossover, her Nazi-like Earth-X allies were defeated, and now she’s all about making everyone else as miserable as she is. But she looks good. And this Black Siren has got powers that the Earth-2 Black Siren on Arrow doesn’t have. She can reverse her sonic ability to eavesdrop on our heroes, from apparently anywhere they are. So she knows their plans and decides to intercede.

But DeVoe knows their plans too, being just that smart. He stops the transport, and confronts Barry, taunting him with the fact that he’s in Ralph’s body now. That’s uncool Devoe, even for a super villain. Barry, being emotionally constipated, freezes during the DeVoe battle, almost getting everyone killed. But before DeVoe can act, Black Siren shows up and whammies everyone, sending DeVoe running, and leaving everyone else unconscious. So she kidnaps the bomb guy, Joe, and Caitlin, and sets off to destroy the city. Though why she doesn’t just kill Barry and Snart while she can, I don’t know.

Black Siren goes to the CCPD to set off the nuclear bomb guy and Team Flash arrives to stop her. But Barry freezes again, still caught up in Ralph guilt, and almost gets everyone killed. Luckily, this version of Snart has got therapy powers, and gets Barry to access his emotions, which unfreezes him, and allows Barry to take down Black Siren. Then Captain Cold and Caitlin use cold guns to cool off bomb guy and save the city. YEA! Central City is saved once more. But Barry isn’t done yet. He goes to his old loft office for a reflective moment with Joe, and he breaks down as he confesses that he feels responsible for Ralph’s death.

So, as Barry super speeds into therapy, Snart heads back to Earth-X to marry The Ray. He says his Goodbyes to Team Flash, which is sad. Because while he was here, he not only helped Barry get in touch with his emotions, he also helped Caitlin as she grieves the loss of Killer Frost, and was pretty much a positive influence on everyone. That’s why Cisco gives him the breech-thingy so that he can return. Which I hope he does. And maybe next time he’ll bring his husband, The Ray, with him. – We met The Ray during the crossover. – BUT, in a twist that we all saw coming, this was all part of DeVoe’s plan, and now he’s got the bomb guy just where he wants him. So Stay Tuned!!!!! 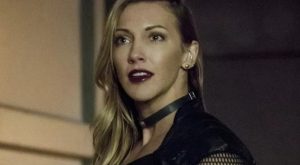 LAST WORDS: It was good to see Black Siren back on The Flash. I still prefer Laurel Lance over Donna Drake, even if it’s an evil Laurel. So I hope that the Laurel on Arrow is able to overcome her evil streak and become Black Canary again. I know that Sara Lance is returning for the season finale, so I hope she’s able to help this version of her sister convert to goodness. And while I know how brutal Arrow can be; I hope they don’t kill Laurel, yet again, or Quentin Lance for that matter. And as for The Flash, I hope that Ralph’s consciousness is still bouncing around in that rubbery head of his and he’s able to return. And a visit from Wally would be a cool thing too. So finger’s crossed…