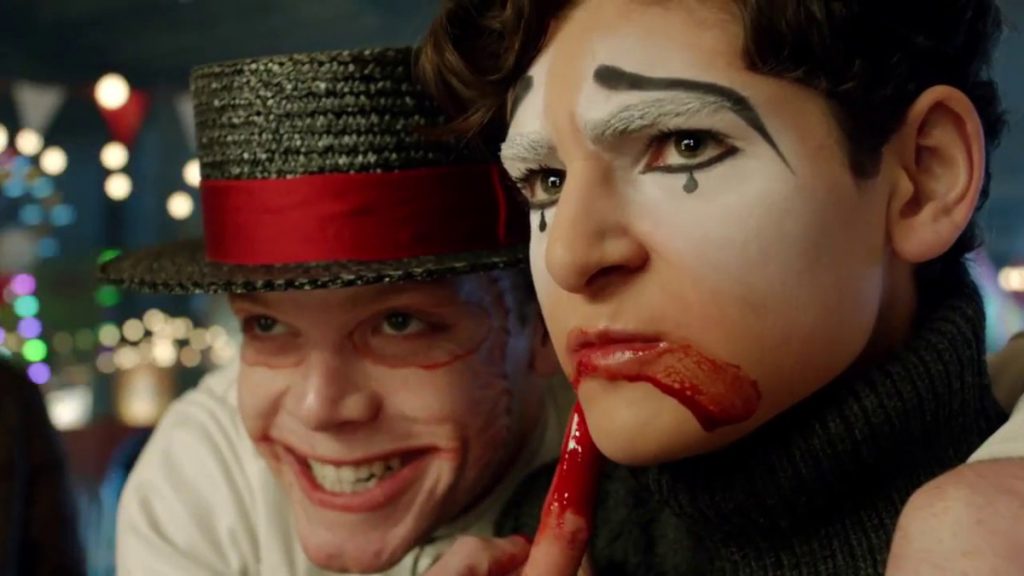 How many times has the Gotham City Police Department been invaded and taken over by baddies? Too many to count perhaps? Well it just happened again. You’d think they’d have a protocol in place by now to deal with such an eventuality, but they don’t. So when Jerome’s crazed followers break in, using his empty coffin as a battering ram, the party’s on. Jeremiah, Jerome’s twin, who has pretty much become the conductor of the crazy train, sent them to the GCPD.

How many times has Bruce Wayne been kidnapped? Too many to count perhaps? Well it just happened again. Even though Jeremiah was only introduced a few episodes ago, he’s already developed these hi-tech power generators for Wayne Enterprises that can power all of Gotham. But here’s the catch, they can also be turned into bombs powerful enough to destroy Gotham. And Surprise, Jeremiah is just psycho enough to set them off. Oh, and he kidnaps Bruce Wayne. Of course he does. Doesn’t everybody?

How many times has Jim Gordon fallen into a villain’s trap? Too many to count perhaps? Well it just happened again. Jim goes looking for Bruce, which is exactly what Jeremiah wanted him to do because he’s walking into a trap. Jim ends up locked up with one of Jeremiah’s new bombs and it’s set to explode. Of course it is, and its set to give Jim just enough time to escape. Because that’s how Jim rolls. He never outsmarts anyone. The answers just fall into Jim’s lap. Maybe Dumb-Luck is his super power. Needless to say, Jim escapes moments before the bomb explodes.

How many times has Bruce Wayne been kidnapped but not killed? Too many to count perhaps? Well it just happened again. Even though Jeremiah threatens malice, he still wants Bruce alive to watch the bombs explode, so he doesn’t kill him. Of course he doesn’t. Instead, he knocks Bruce out and chucks his limp little body into Jerome’s freshly dug-up grave, along with Jerome’s decomposing corpse. And it’s a great visual and all. But in the end, the entire episode was meaningless.

Will the bombs explode and destroy Gotham? I think they will. The producers promised us a huge cataclysmic event that would change everything. They even used the term reboot. So this season will probably end with a bang, wiping the slate clean. But if the show is renewed for another season, what will rise to take its place? Gotham has always been about death and rebirth, so which characters will die, change, or be recast? Nobody knows! And if the show doesn’t get renewed; we’ll never know.