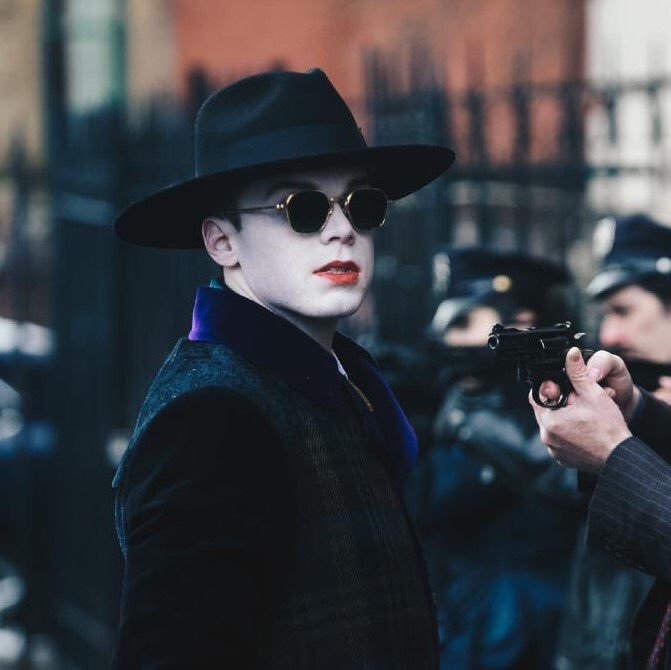 Harvey Bullock is finally given his moment to shine, and it is about damn time! He’s been a flawed character from the start. But he always wore his heart on his sleeve. And Harvey was Jim Gordon’s true friend, even when Jim didn’t deserve his loyalty. Harvey even forgave Jim for stealing his job, which he did by sleeping with crime boss Sophia Falcone. And though Jim cried real tears, realizing how he betrayed Harvey and Gotham, it was hard not to notice that Jim didn’t step down and give Harvey his job back. What a jerk move!

Remember those bombs that Jeremiah planted all over Gotham. Well, they were all set to go off. But Detective Harvey Bullock raced in to save the day. He found one of the bombs before the bomb squad did. And though Jeremiah’s twitchy finger was on the detonator, he didn’t run. And Harvey, not sure if he would detonate or defuse the bomb, bravely attempted to disarm it.   And with time running out, and only a 50/50 chance of success, Harvey stuck it out and defused the bomb, which shut down the others as well. And he deserved the standing ovation he got when he got back to the GCPD.

But wait, didn’t the producers promise that the last three episodes would be game changers? Sure they did. That’s why everyone thought that Jeremiah’s bombs would go off, changing Gotham forever. But they didn’t. And even though two of the three final episodes of the season have aired, the game has noticeably NOT been changed. They teased us with an overly brutal Alfred transformation, where he went all hysterical Joker on us, cutting his mouth into that wide gaping smile with a straight razor. But that turns out to be a hallucination; Alfred’s fine. Then Jeremiah shoots Selena in the gut, killing her. And it’s right after Bruce and Selena shared a truelove kiss. But don’t fret, because Selena is still alive when we see her in the hospital. This is Gotham after all.

So where’s the game changer? Jeremiah pretty much gets dethroned when his bombs don’t go off. His devoted followers turn on him, forcing Jeremiah to hit his panic button and kill them all. Then after he shoots Selena in Wayne Manor, Jeremiah gets an Alfred beat-down and then he’s turned over to the police.  So his rise to power is curtailed. But luckily, he’s not the only maniac in Gotham, not by a long shot. Ra’s al Ghul recently was brought back to life, in true Gotham fashion. And now he’s planning on destroying the city. So the game may yet be changed. But you’ll have to watch the season finale to find out. Thanks for stringing us along Gotham, without really changing anything,

Note: As of May 11th, we still don’t know if the next episode will be a season finale or a series finale. Fox has not renewed, or cancelled Gotham. But stay tuned!!!!