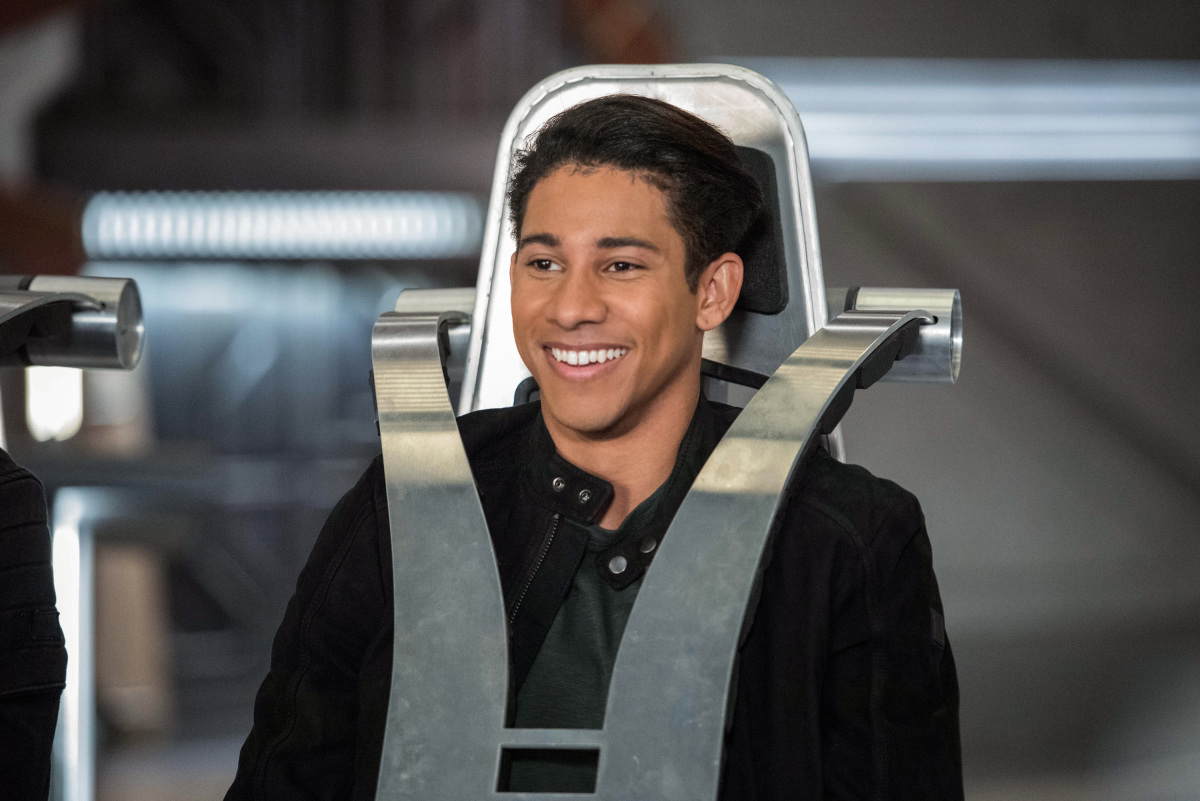 It’s looking like Wally West won’t be returning as a series regular to Legends Of Tomorrow or The Flash.   He will make an appearance in The Flash season 5 premier, but he won’t be sticking around very long.  Which is a shame because I did like the father/son dynamic Wally and Joe shared.  And they still had a lot of places to go with the Iris/Wally  sibling connection that could have been interesting.  But alas, for now, that is not to be.  It isn’t clear why Keiynan Lonsdale is leaving, but I hope it was his call.  I don’t see why he would be fired; I liked the little brother aspect that Kid Flash brought to Legends, and his powers seem to speed up their sometimes plodding pace.  – But word is that Kid Flash isn’t going to be killed, which does leave the door open for a return or two.  Kind of like Colton Haynes, who left Arrow, but returns to that show next season as a series regular.  So peace-out Kid Flash, hope to see you again soon, but not as an evil doppelganger, because that’s already been done.

UPDATE:  Leaving was Lonsdale’s choice. Here’s his message to fans…

“Yo! So as a lot of you have now read, I’m not returning next season as a series regular for The Flash or Legends Of Tomorrow. It’s definitely not a total goodbye or “see ya never” situation, cause Wally West will still be round when you need him the most! 🙂 It’s just that it won’t be full time anymore.

I’ve changed a lot in the past year (as you’ve probably noticed lol), and for infinite reasons my perspective on life & what I want from it now is just completely different. Because of that, my heart told me it was the right time to continue my journey on an unknown path, and I’m so damn grateful to both shows for honouring & respecting that with me.
I love Kid Flash, I love the family I’ve made, & I’m absolutely in love with the invaluable lessons I’ve learnt along the way. Thank you for believing in me & rooting for Wally to thrive, you honestly helped me see that i did indeed deserve to play him, & that shit right there made me a stronger actor 🙏🏾 Anyway, I hope you stick around for the new adventures, the only thing I can promise is Magic.”

HERE’S A THOUGHT: It would be a great tie-in if Kid Flash sped over to The Titans series for an episode on his way out. Just a thought.