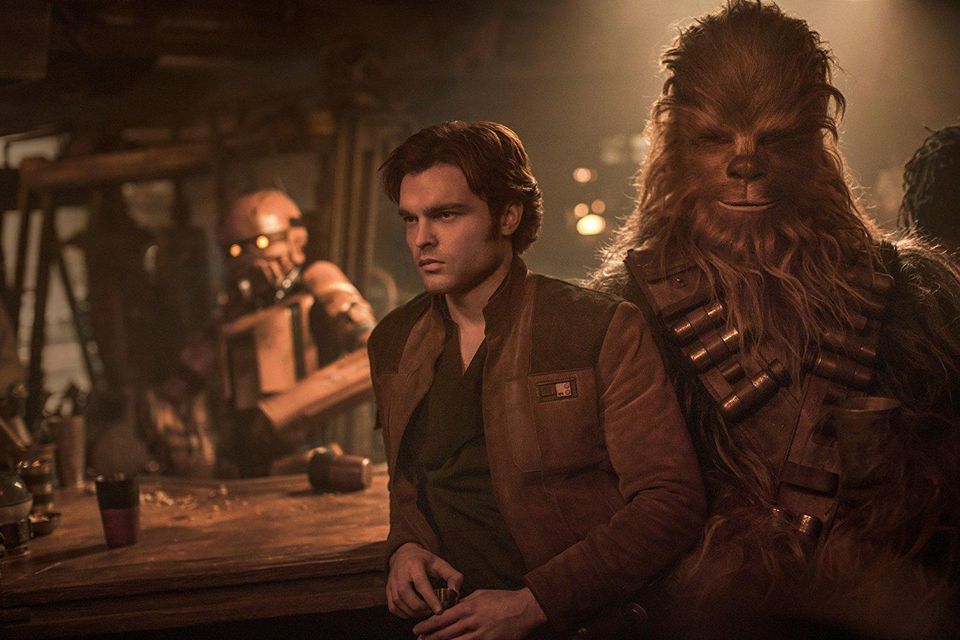 A lot of people at Disney are trying to figure that one out.  I actually like Solo, and saw it twice.  But I didn’t like The Last Jedi, and I was surprised that they thought releasing another Star Wars film just five months after Last Jedi was a good idea.  I know a lot of fans were not happy with The Last Jedi, and even Mark Hamill seemed to distance himself from how they portrayed Luke Skywalker in the film.  So what’s the rush Disney?  Why not let people resolve their feelings about Last Jedi before pushing another film out into the world?

Plus, Solo had all these negative things swirling around it.  The directing team got fired, well into production, and Ron Howard was hired to step in and basically reshoot a majority of the movie. That’s never good news.  And then there were rumors that the studio didn’t like the Solo star, Alden Ehrenreich.  Of course the internet went nuts,  comparing him to Harrison Ford.  But he wasn’t playing Harrison Ford, he was putting his on spin on the character of Han Solo.  At least as much as the script would allow.  And I thought he did a good job!  There were great Han and Chewbacca moments in Solo. Donald Glover did a great job capturing the Lando flair and cape swirl.  And the film was a lot of fun.

But all that aside, what it comes down to are the box office numbers. And Solo’s box office take is currently at $176 million after 17 days, which doesn’t sound awful, until you compare to Rebel One. After 17 days, Rebel One had made a whopping $424 million, which means that Solo is more than $200 million off the pace.  And Solo cost more to make than Rebel One did, so that doesn’t help the film’s bottom line.  Long story short, Solo has been fighting an uphill battle, and not because it’s a bad movie.  It’s certified ‘Fresh’ on Rotten Tomatoes.  Han Solo has it rough because he’s forced to carry the baggage from The Last Jedi, along with the added weight of internet negativity.  And they only gave him 5 months to get up the same hill other films have had a year to climb.

Like I said, I enjoyed Solo: A Star Wars Story, and I hope there’s another installment.  But after seeing these box office numbers, I’m not holding my breath.