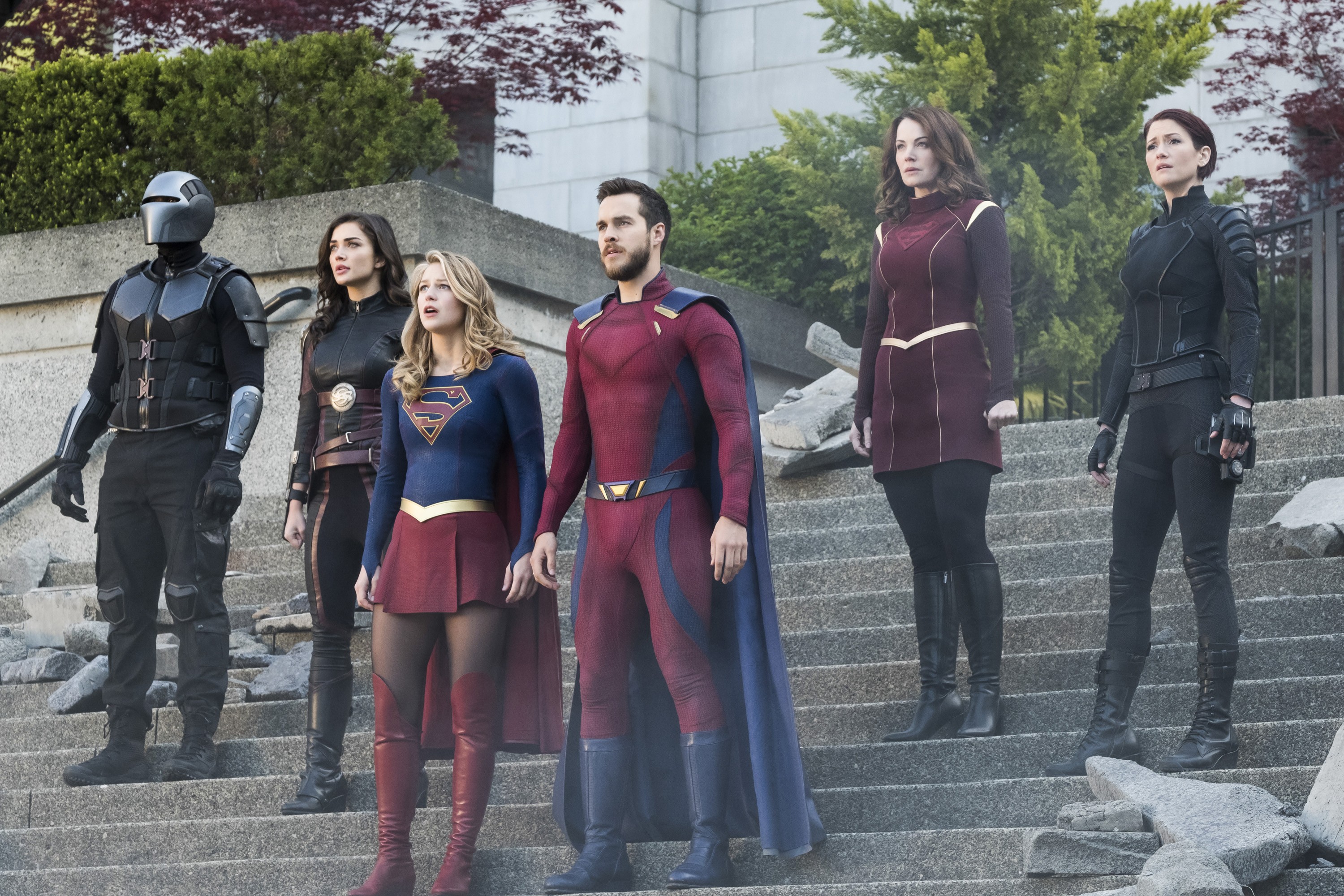 Well let’s cut to the chase: Supergirl and her Mom fought Reign, along with Martian Manhunter and Mon-el. The good news is that Reign gets put down. But the bad news is that Reign kills Mon-el, Supergirl’s Mom, and a super powered version of Sam. A bummer, right? But don’t fret because Supergirl uses the Legion Ring to go back in time and save everyone. Though that’s not the ring’s purpose, but oh well. Plus! Reign still gets vanquished, and the Kryptonian witches get captured, so cheers all around. Or so it would seem.

The Aftermath: Hank’s Dad sacrificed himself to heal the planet, after Reign’s initial attack. I guess, even though he was already dying, he still had enough of that Martian Magic to pull the planet back together. Sam and Ruby were reunited. But Sam lost her super powers when Reign kind of died. To honor his Dad, Hank decides to go on a walk-about and meet the people, leaving Alex in charge of the D.E.O. And Supergirl realizes that there’s no place like home, and decides to stay on Earth. We all saw that coming.

Who is leaving? Well Hank is on a walk-about, but I think he’s going to be doing most of his meet-and-greets in National City. So he’ll probably be around when needed. Winn is going to the future with Mon-el and Saturn Girl, to fight an evil version of Brainiac that is terrorizing the Legion. Aw, I’m going to miss Winn! And Supergirl’s Mom is headed back to Argo City, which is apparently only a hop-skip-and-a-jump away, so we may see her again. Also, Mon-el gives Supergirl his Legion Ring, so it’s possible we’ll see Winn and Mon-el again too, but neither are series regulars next season.

What else happened? Brainiac 5, or Brainy, is going to be a series regular next year. So he’ll be taking Winn’s place at the D.E.O. He can’t go back to the future until evil Brainiac is dealt with. James Olsen exposed himself on national television. So now everyone knows he’s The Guardian. And most people watching, scratched their heads and said; ‘You’re who?’ And Lena Luthor is conducting unauthorized experiments on the super rock that destroyed Reign. So she may very well be turning evil. I called it! And just an FYI; in the comics, Brainy and Supergirl were a couple for a while. So that scenario may or may not play out on the show next season.

And last but not least: Those of us who also watch The Flash know, that when you turn back time, there are always consequences. So at episode’s end, we see another version of Kara land in Siberia. But is this evil Supergirl from Earth X? There was ominous music playing in the background when she showed up. Or is this new Supergirl a version of Kara that we’ve never seen before? I guess you’ll have to tune in next season to find out. *Or, if I hear any news at San Diego Comic-Con, you’ll be the first to know.

LAST WORDS: Supergirl’s Mom shows up on Earth and knows how to use her new powers immediately. Really guys?  I guess there was no learning curve. Though it was good to see Erica Durance, from Smallville, back in the super hero saddle again… And at least Superman was mentioned during the big battle. The news report said he was off saving Madagascar. So I guess he was making himself useful. I hope we get to see him next season. Kara and Alex could go to Clark and Lois’ wedding perhaps. You listening CW?