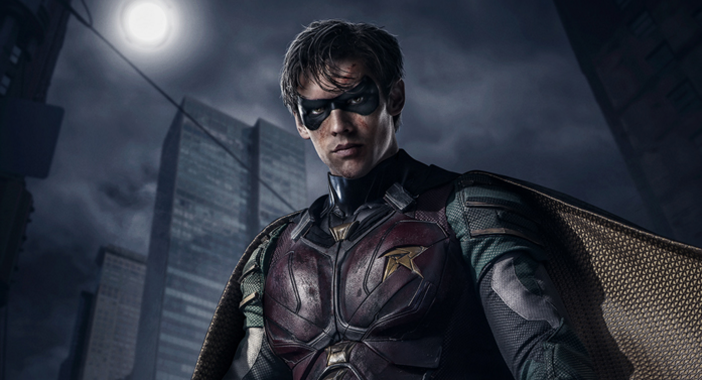 An Open Letter to DC: TITANS, Step Out Of The Shadows

Dear DC: Why are you hiding Titans?  When those behind-the-scenes pictures leaked and everyone lost their minds over the Beast Boy and Starfire reveals, I thought we’d get some official pictures to calm everybody down.  But that didn’t happen.  Instead of stepping into the light and proudly standing behind the show and it’s characters, you decided to duck and cover.  I know reactions were initially negative, and possibly racist, but going into hiding doesn’t make much sense if the show is supposed to launch the new DC streaming service this August.

San Diego Comic-Con is next week, and instead of unveiling Titans as expected, the show is a no-show. What up DC?  If Titans is the flagship of your new streaming service, then step out of the shadows.  Stop showing us cool pictures of Robin.  We’ve already seen them.  It’s time for a team photo.  Or official individual shots of the main cast.  I know that shortly after the release of the official Robin Picture, we got an Official shot of Hawk and Dove, even though they aren’t part of the main team.  Which probably means you have Official shots of Starfire, Beast Boy and Raven somewhere.

So you know what? Next week, when all the comic con goodies are revealed, seeing something substantial from Titans would be a great show of confidence on your part.  You can’t keep fans in the dark much longer, unless you’re pulling the show.  So step up and be proud of the choices you’ve made.  You never know, we may like the show once we see more of your vision.