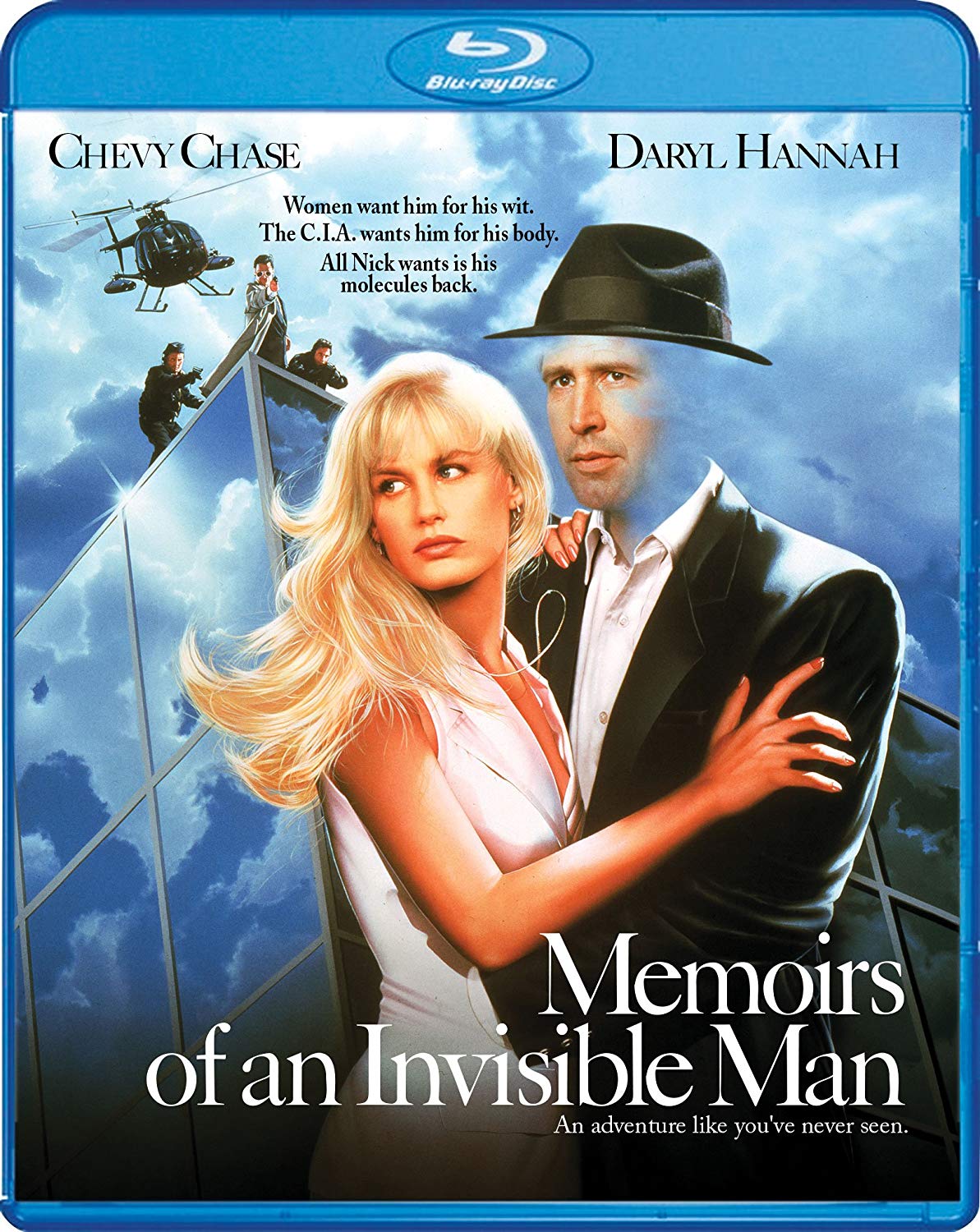 Memoirs of an Invisible Man was my all time favorite movie from 1992-1993. I thought it was a mesmerizing adventure full of beautifully creative visual effects and a poignant theme about feeling invisible. I’d soon see Pulp Fiction and have my cinematic world blown wide open, but I still love Memoirs. It wasn’t popular enough to get a full on special edition, even on a cult level, so I’m just glad Scream Factory put out a proper blu-ray to complete their John Carpenter collection.

The movie looks as clear and sharp as a Warner Bros. Blu-ray would. Carpenter shot everything widescreen so it still looks epic, and anamorphic so there’s a little curve. It says they did a 2K restoration, so not bad for an unpopular catalog title. It’s halfway to 4K!

Those inventive visual effects still hold up better than the last 20 years of CGI. Mostly it’s because the ideas were the spectacle. Seeing gum appear to chew itself, smoke fill clear lungs, viewing his own digestion and running in the rain were things we’d never even thought of before in previous invisible movies.

There were fun action scenes where Chevy Chase would disrobe to get away and that’s still more tangible than today’s digital paste jobs. Even Hollow Man years later looked more digital and they’d had eight more years to hone the technology.

WB has put out a dvd with bonus features so those are included again. Four minutes on the VFX show how important Memoirs was for ILM. Vintage on set interviews appear harmonious but rumor has it it was not. Outtakes have a bit more business at the Magnascopics building, an alternate dream sequence and a couple more bits in the beach house.