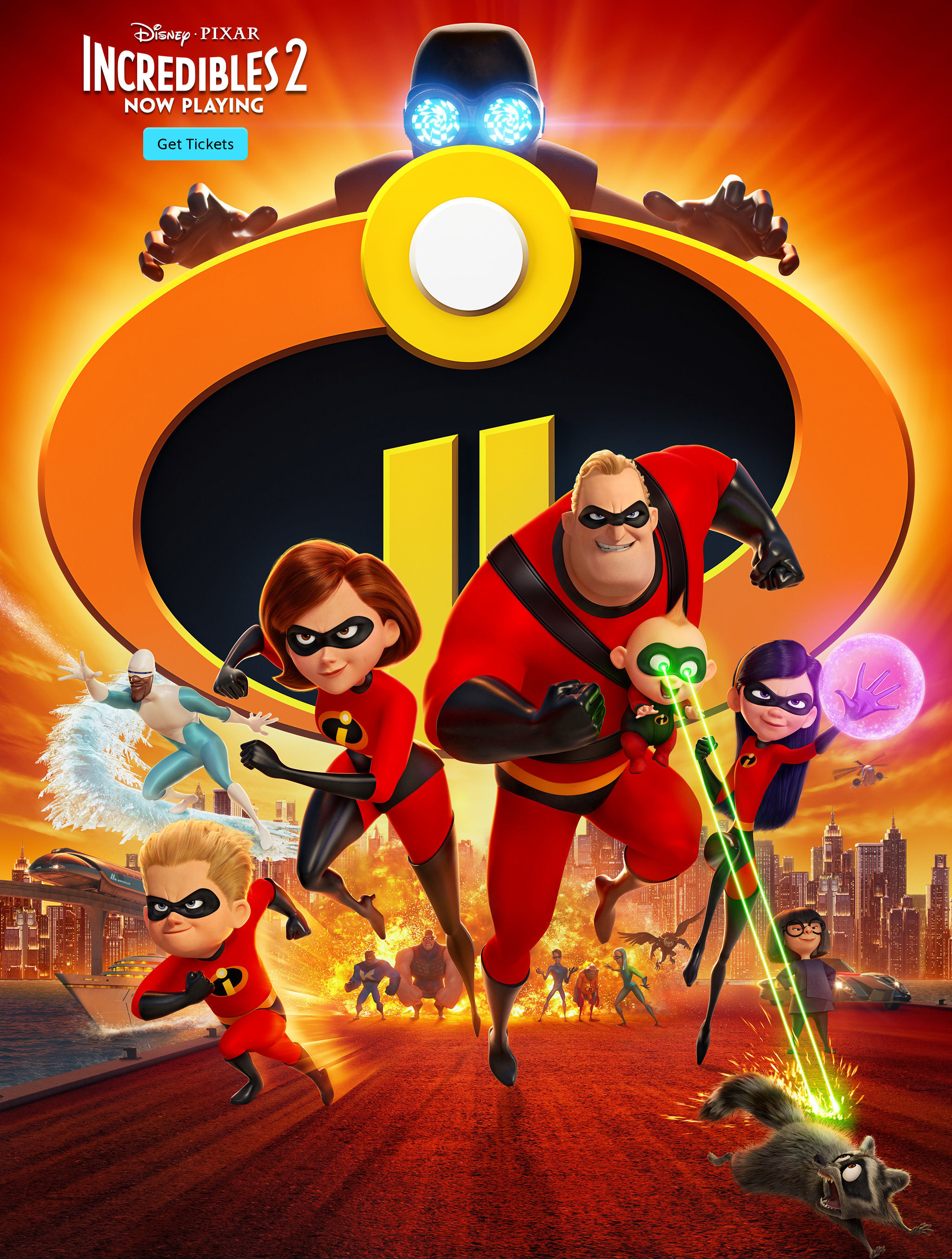 For those of you who care about such things; INCREDIBLES 2 has earned an incredible amount of money at the box office. The film crossed the One Billion Dollar mark and keeps raking in the dough.  And while they say there are no plans for a third film, don’t be surprised if we end up getting an incredible trilogy.  After all, it’s raining money over a Pixar, and that never goes unnoticed.  Remember the Toy Story trilogy, which wrapped everything up so perfectly?  Well we’re getting a Toy Story 4, whether we need one or not.  So apparently, Disney doesn’t have a problem milking a cash cow.  How does Incredibles 3 sound?