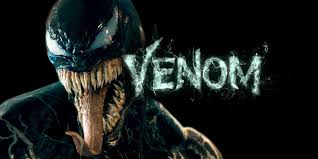 VENOM: The New Trailer is here!!!

As a DC fan, I have to admit that I know very little about Venom. But who doesn’t love Tom Hardy?  I remember when Spiderman got the weird black version of his suit that turned out to be the symbiotic organism named Venom, but that’s all I know. As for the trailer,  I’m not a huge fan of the way the character Venom looks, but maybe that’s just me. His voice is cool though.  Is this comics accurate?  You Marvel fans can let me know.