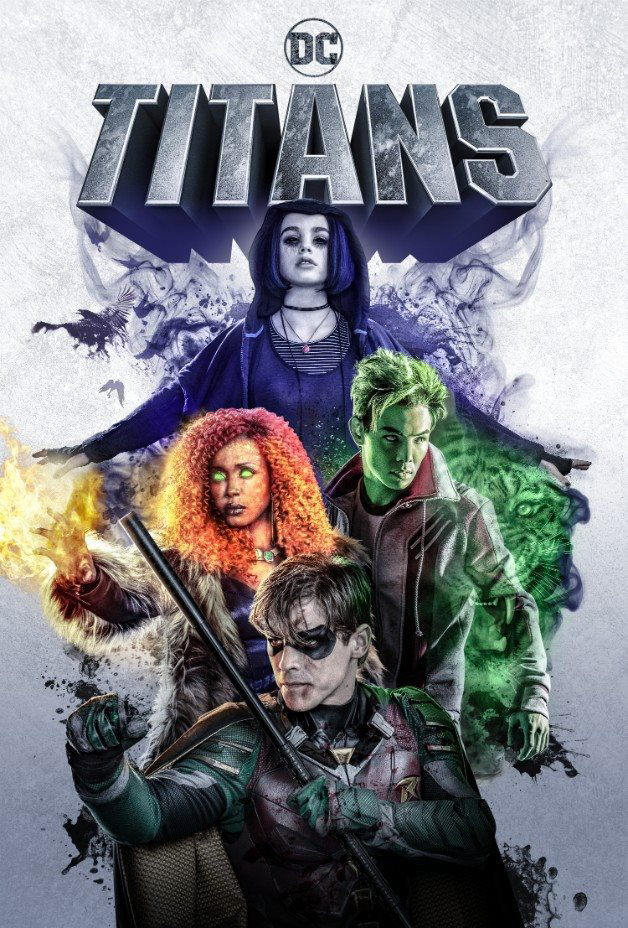 Thank You Entertainment Weekly:  We finally get a clip of Beast Boy doing his thing, and it’s really cool because he appears to be having a lot of fun.  But when he transforms into an animal, he’s naked. And I guess that makes sense, because where would the clothes go? (The green tiger is obviously CGI, but it’s TV) Check out Beast Boy, in all his glory.

And as for the poster, it is pretty cool and all, but Starfire’s unfortunate character design still stands out. But what can be done at this point? Nothing!  And sadly, we do get a brief glimpse of Starfire in the Beast Boy clip, and she’s definitely rocking that hooker vibe.  But don’t blame the actress, because she’s just working with what she’s been given. And as for her ethnicity, if she were white, or any other race, and had to wear that wig, that make-up, and that outfit, she’d still look like a hooker.  Blame Geoff Johns if you’re unhappy about the character.  All we can do now is hope that this version of the character works for the series.   Here’s the official blurb…

Titans follows a group of young heroes from across the DC Universe as they come of age and find belonging in a gritty take on the classic Teen Titans franchise. Dick Grayson and Rachel Roth, a special young girl possessed by a strange darkness, get embroiled in a conspiracy that could bring Hell on Earth. Joining them along the way are the hot-headed Starfire and lovable Beast Boy. Together they become a surrogate family and team of heroes.