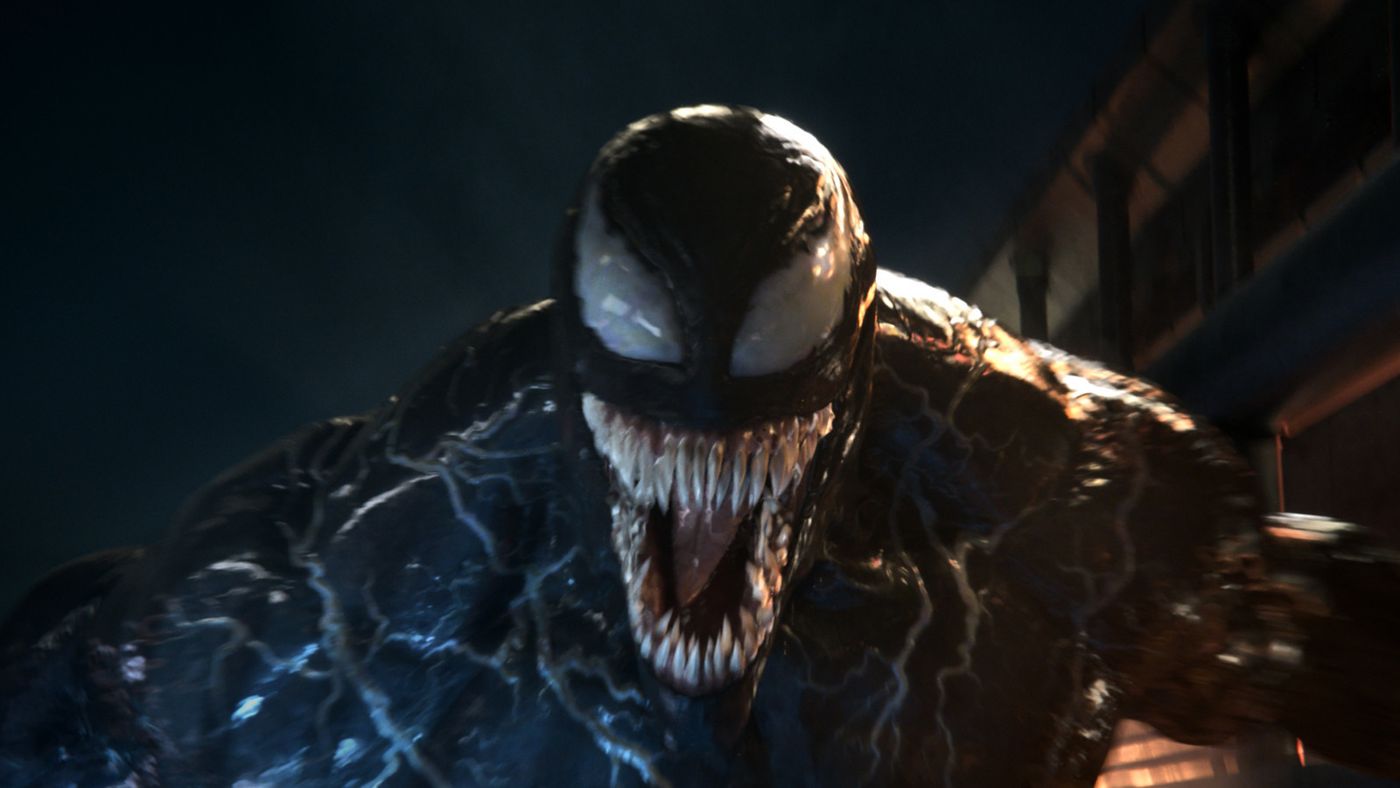 Sitting at a dismal 28% on Rotten Tomatoes,  Even Tom Hardy may not be able to save this budding franchise… For the most part, critics aren’t liking VENOM, but what do you think? Listed below are some ‘Notable Quotables’ from Rotten Tomatoes, but let your voices be heard.  Are you going to see this film, despite the bad reviews?  And if so, once you’ve seen it, come back and let us know if the critics were right, or just full of themselves….

“It never rises above bombastic and busy – which is something I never thought I’d say about a movie starring three aces like Hardy, Ahmed, and Williams.” –Entertainment Weekly

“A significant problem in a film full of them is that Eddie comes off as a dope, an eager dufus hardly convincing as a boundary-pushing journo or someone who can out-think a titan of technology.” –Hollywood Reporter

“If you replaced Tom Hardy for Steve Martin in “All of Me,” and switched out Lily Tomlin for a wad of chewed-up black licorice, you’d have “Venom.” –TheWrap

“Venom is a textbook case of a comic-book film that’s unexciting in its ho-hum competence, and even its visual-effects bravura.” –  Variety

“When a major fight scene resembles a pair of black pants caught in a white wash, it’s fair to say you haven’t taken the audience with you.” – GQ Magazine [UK]

BUT IT’S NOT ALL BAD NEWS”

“This radically different approach will surely be jarring to some, but the fact that this movie could never exist in the same world as “Captain America: Civil War” despite hailing from the same brand of comics is part of its charm.” –indieWire

Luis of ‘Nuke The Fridge/The Nerd Report’ liked the movie and here’s his review.  NOTE: There are minor spoilers…