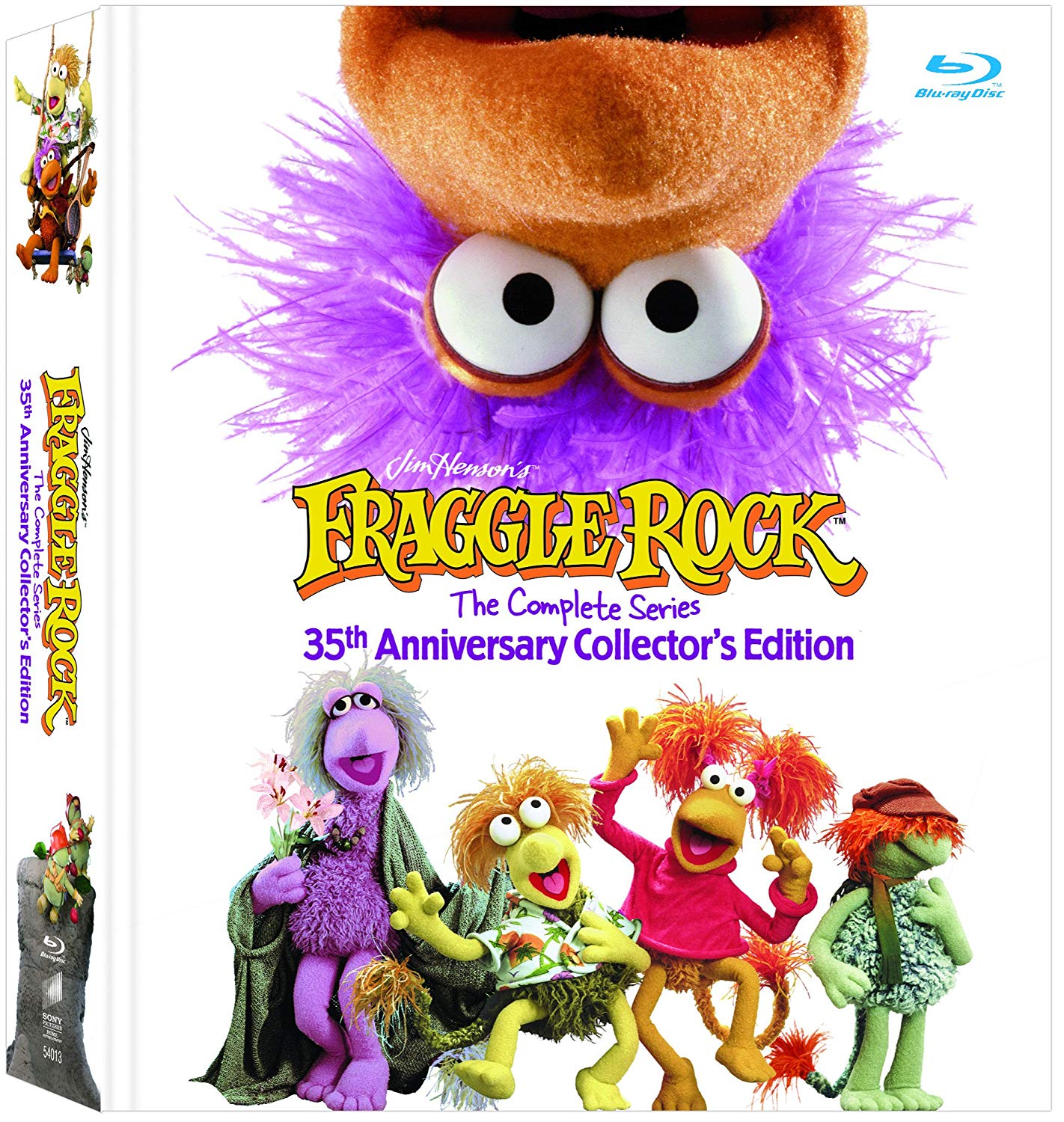 I can’t believe it’s been 35 years since Fraggle Rock premiered. It seems like only recently I got the complete series DVD set but that was already 10 years ago. Now Fraggle Rock gets a Blu-ray upgrade.

The episodes look upscaled from standard definition. They didn’t go back to film elements like Star Trek, but it holds up much better on a 64” screen. Since I have the complete series DVD from 10 years ago I can compare. The DVD still looks fine so there’s really no need to upgrade, but if this is your first time owning Fraggle Rock, the colors and sharpness on the Blu-day are improved. Don’t expect true HD but it is a little brighter.

The Extensive features from DVD are included in the Blu-ray but two new bonus features are a treat. A Today Show appearance by Traveling Matt and a Doozer is amazing live puppet work and comedy. I love that Tia Carrera was on next promoting Rising Sun.

Two minutes of Jim Henson outtakes are priceless. He’s so good natured. We usually see outtakes of actors swearing. He has the patience of a saint. Retakes are probably old hat to him.