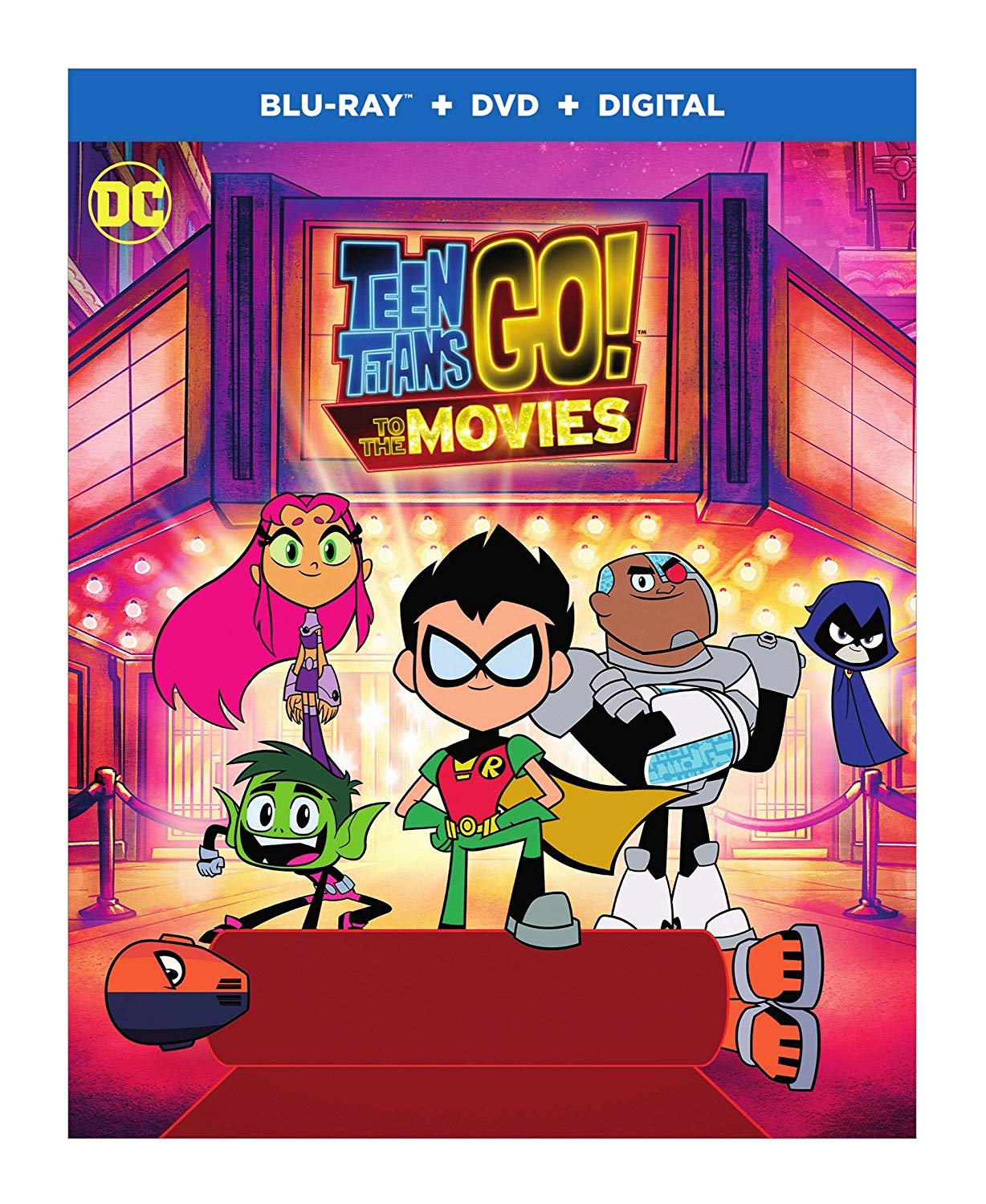 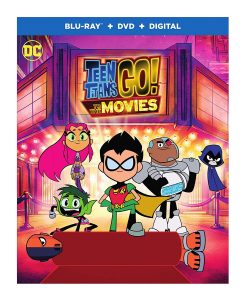 Teen Titans Go! To the Movies was the brilliant payoff to four seasons of Cartoon Network hilarity, or the perfect introduction to make new viewers binge watch the episode. I was the latter, but first I cracked up at the cartoon sidekicks’ spoofs of the superhero genre and meta commentary on movies themselves.

Watching the movie at home, where you normally watch the Cartoon Network series, you can appreciate the subtle improvements possible for feature film animation. The characters still look the same, but the backgrounds feature a lot more shading than the 11 minute shorts. The colors are super bright, and there’s such a lavender hue to a lot of the action, it’s like they used every gradation of purple in existence in the backgrounds.

Sing-A-Longs use amazing new high tech subtitle technology to show fans the words to the songs. I shouldn’t make fun. They do make them more prominent than standard subtitles and it is animated to be family friendly.

A red carpet segment uses animation from the film to construct a pseudo behind-the-scenes feature. The WB Lot Shenanigans is live action with a quintet in full theme park plus costumes running around the lot while a security guard chases them and Yakety Saks plays. It’s pretty funny and they go into the WB museum and hijack the tram tour.

A deleted scene is actually an entire song about how everything on a movie set is fake. It’s pretty funny and would’ve only added a minute or so to the movie. It was never fully animated but worth seeing in storyboard form.

The DC Super Hero Girls Short The Late Batsby that played before Teen Titans Go! To the Movies in theaters is also included in the bonus features. But now you don’t have to watch it first. You can watch it after or whenever you want to.