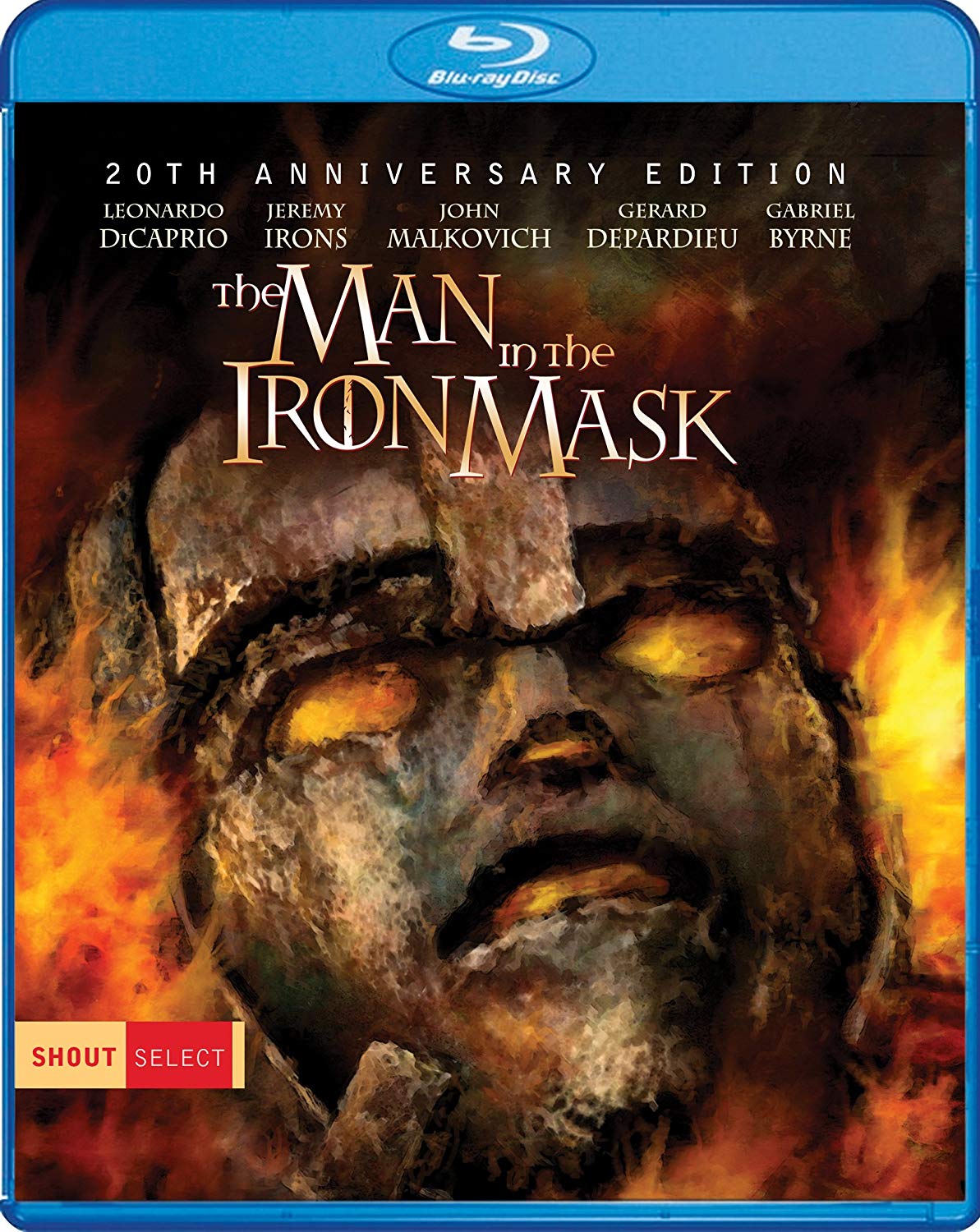 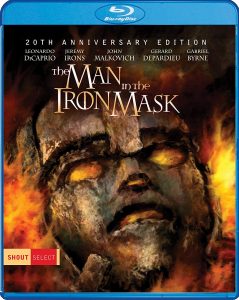 I saw The Man in the Iron Mask in theaters 20 years ago. It was a grittier, more mature Three Musketeers movie, and I dare say it looks even better on Blu-ray decades later.

From the lavish King Louis KIV castle and courtyard to gritty dungeon and streets of Paris, you’ll see all the detail and color in the sets and costumes. The green landscaping stands out the most, even more than the gold trimmings in Louis’s chambers.

This was a pretty big DVD release in ‘98 so there are already lots of bonus features. shout found two behind the scenes people who could share some dirt decades later with no bridges burned.

Producer Paul Hitchcock spills dirt on replacing the producer Rene DuPont and other departments. Production designer Anthony Pratt addresses DuPont as well and both cover technical aspects of the film in more depth than the original features. Leonardo DiCaprio is the good guy in these stories.