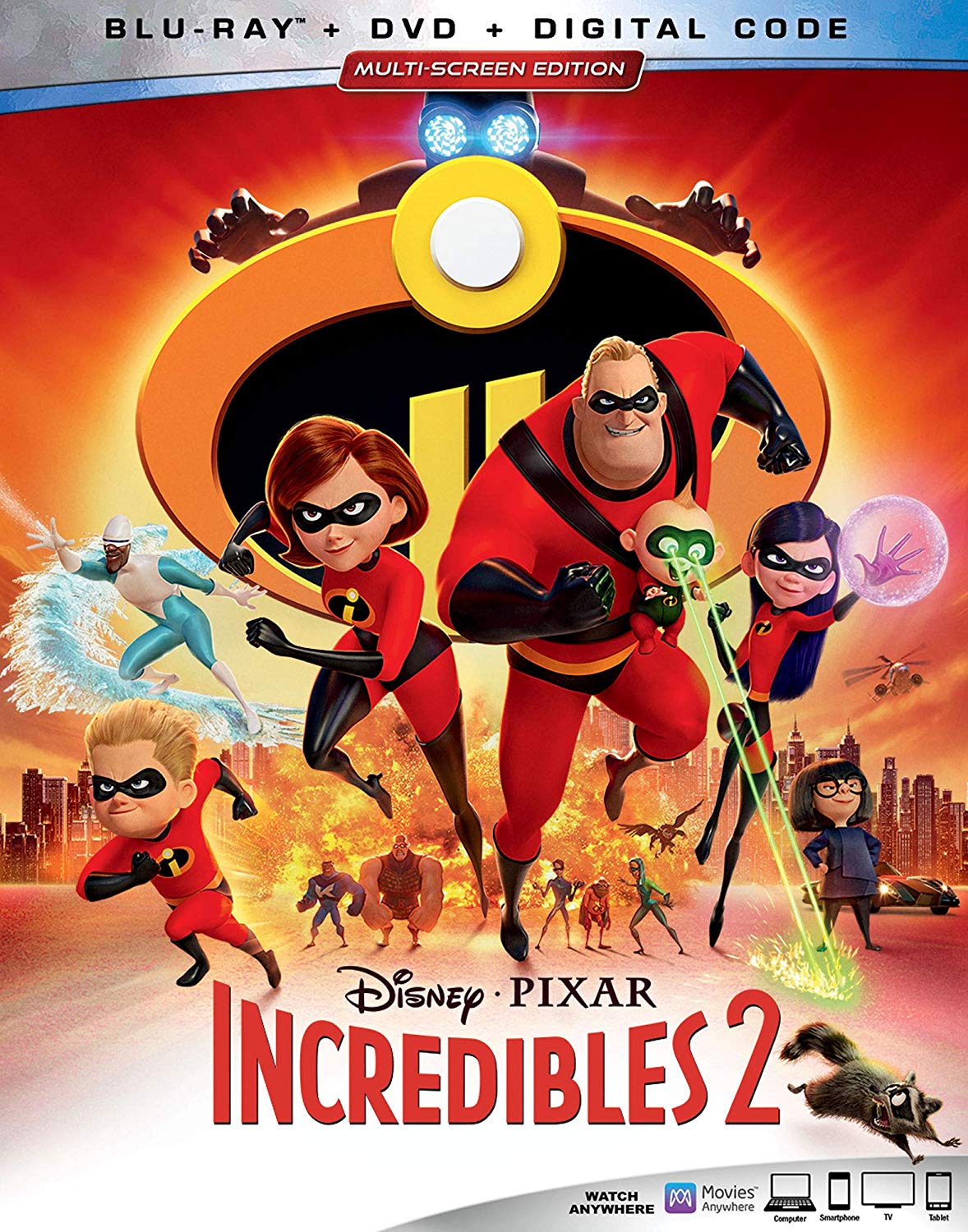 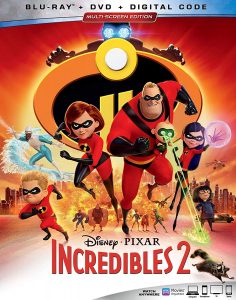 There’s no question of a Pixar movie looking amazing on Blu-Ray. All the colors and textures fill each of Incredibles 2‘s kinetic action sequence with tons of details that make them feel real. The quieter moments let you take it all in even more. Light reflecting off the pool is stunning (and the magic hour sky in the train scene) and debris in the action scenes give them weight.

There are 40 min of deleted scenes including Brad Bird’s intro and explanation for each one. While all were good calls to cut, fans of the original film will enjoy seeing some characters return and homage paid to events from the first film, even a character who didn’t get to appear in the end. Fans will also like additional Edna Mode scenes.

Edna gets her own short, expanding her tests or Jack Jack’s powers. It’s fun and animated beautifully. It ultimately becomes a sort of Sorcerer’s Apprentice with Jack Jack clones.

The bonus feature on Pixar artists balancing work and family is poignant. Others cover all the basics. Each Pixar movie probably has kids who’ve never seen the bonus features before so each one finds a way to give viewers interested in animation a basic education, keeping it fun without talking down to them. Especially the Brad Bird feature shows what the individual and group meeting work is like at Pixar.

Bird turns the commentary over to the animators so they get to walk you scene by scene through the movie, and the day to day process of making an animated movie.

Featurettes on 8 of the characters gives the voice actors some screen time and the animators discuss their unique challenges. Since everyone has a different power it requires different techniques.