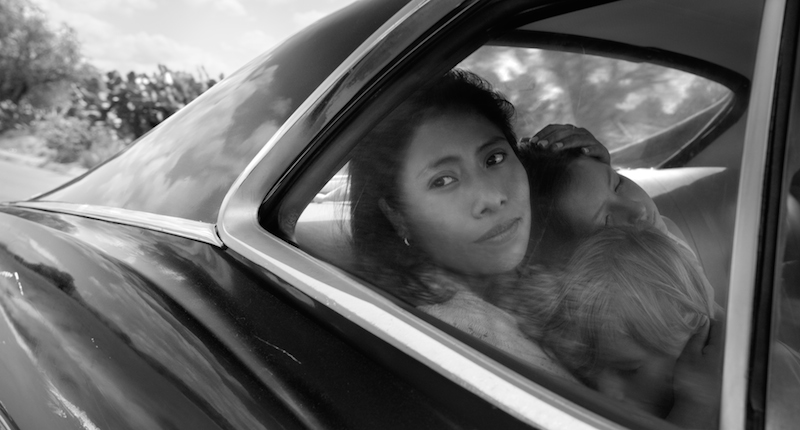 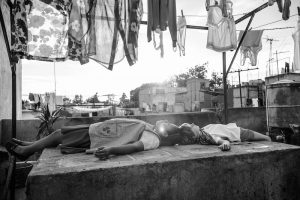 Roma is Alfonso Cuaron’s love letter to his mother’s coping under pressure, and his housekeeper’s quiet strength. It is based on his life growing up in Mexico and fees every bit as personal.

Cleo (Yalitza Aparicio) works for Sra. Sofia (Marina de Tavira)’s family. When Sofia’s husband leaves her, Cleo ends up holding the family together, whether taking on extra duties with the kids or picking up slack while Sofia spirals.

Of course, Cleo can’t interfere with family matters. And she has her own personal life which we follow. The family certainly welcomes her as one of them. They support her when Cleo gets pregnant, even taking her to the hospital. There is a distance though. Sofia brings Cleo along when she has the talk with the kids, as if it’s no big deal to involve her in the most personal matter.

The same techniques with which Cuaron made Gravity and Children of Men immersive experiences work for Roma’s more intimate drama. Sounds still envelop the viewer whether the crowded marketplace or roaring waves on the beach.

There are some harrowing moments too. A riot in the streets invades Cleo’s day out with the family, and an earthquake in the natal ward is mighty stark. That birth scene is as harrowing as anything in Cuaron’s Sci-Fi films.

And this is my take watching Roma from the comfort of a Hollywood theater. There will be people who have lived this story and will react even more viscerally to the world Cuaron recreated.

Roma is definitely a chance to watch an acclaimed filmmaker use his techniques to tell his personal story. He’s earned it, so a studio like Netflix can afford to take the chance on a less mainstream idea. That’s the process. One for them, one for him, “Here, you liked my space movie? I’ll make you another one but first take a look at my story.” The real Sofia and Cleo will be proud. 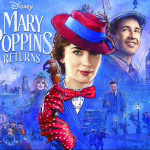 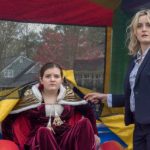