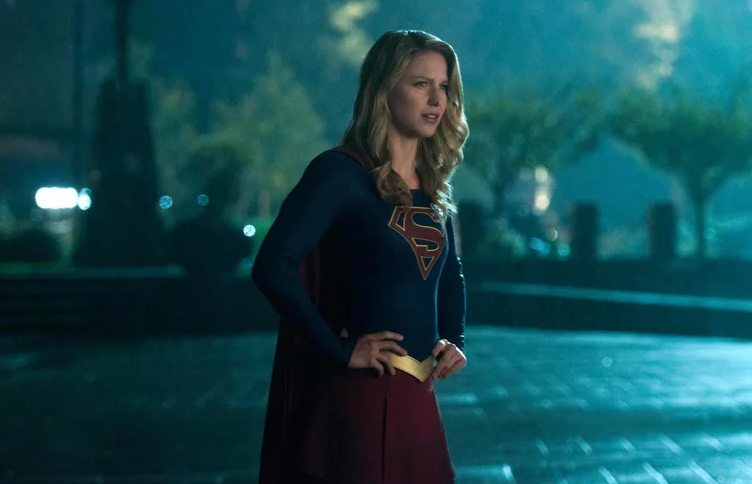 Golden-masked ‘Children of Liberty’ radicals are the real Thanksgiving turkeys.  They stage a mass assault on Thanksgiving day, which is easily thwarted by team Supergirl.  I guess that’s why they tossed a poorly GGI’d dragon into the mix, to give Supergirl a bigger threat. Too bad the flame- spewing beast is a family pet.  So the fight pretty much just ends.

And speaking of endings, looks like James and Lena are done as a couple.  James finds out about Lena’s lies, and she makes it pretty clear that her ‘love’ has evolved into a deadly obsession.  And speaking of deadly, James gets kidnapped by the Children of Liberty. Manchester Black is all bout killing members of the Children of Liberty. And Lena is experimenting on turning people invulnerable, and now she’s looking for a human guinea pig. Lena goes dark fast!

This episode of SUPERGIRL was pretty okay, but it kind of just set a lot of things up for future episodes.  But the one thing I was excited about was Brainy’s new fighting style.  He is a member of The Legion Of Superheroes, so it makes sense that he has his own superhero fighting style, AND that it involves out-thinking his opponents… More Brainy fights PLEASE!

MY LAST WORDS:  Who made all those golden masks and Children Of Liberty hoodies?  If you really want to track down who those guys and gals are, follow the money trail.  Find out who made those nifty items first, and then find the people who bought them. Nobody pays cash anymore… And point two; The Children of Liberty only have their bare fists and bats.  So protect yourselves aliens, it’s not that hard. If you have a dragon or superpowers, lead with that next time. You won’t need Supergirl…