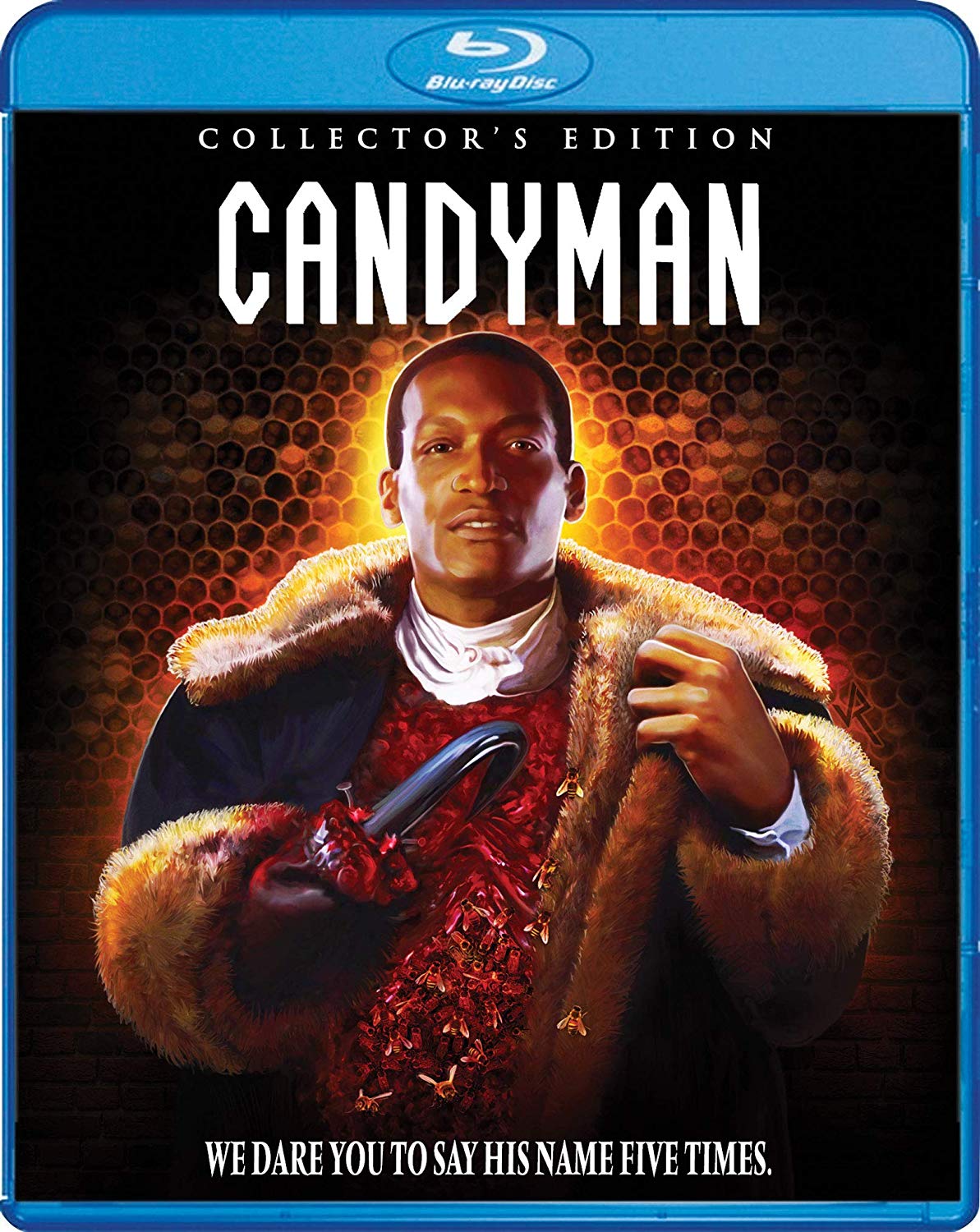 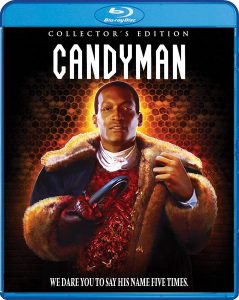 Scream Factory had previously released the Candyman sequels on proper Blu-ray. Now they finally got to the original. As a testament to how vital the original film was, both Virginia Madsen and Tony Todd participate in bonus features.

The film is perfectly clear and maintains the film look of 1992, with grain. The grittier it gets as Helen (Madsen) explores inner city murder rooms, the more digital noise flickers, but you also see all the detail in graffiti covered cinder block. The filth covered bathroom is probably more vivid than you’d ever want, but this is horror after all. 1992 era Chicago is well preserved I. A time capsule and the closeups of the bees are pretty striking. The caked blood on Helen looks great too.

The Candyman Blu-ray has tons of interviews. Yes, lots of talk about bees. It’s very thorough on making of the film plus analysis of its themes and racial impact.

On one commentary track, Tony Todd disses Infinity War. He likes A Quiet Place and director Bernard Rose is a little more qualified on that one. That makes it a very modern discussion on the context of Candyman. In a few years it will become historic. They really go broad addressing other franchises and  their ‘90s careers to get to where Candyman fits. All the way up to modern day, where the rights sit and fans on Twitter. These are smart, deep guys and it’s great to have 100 minutes with them.

The other commentary with horror/Clive Barker experts are a lot more about Barker’s career and the adaptation.