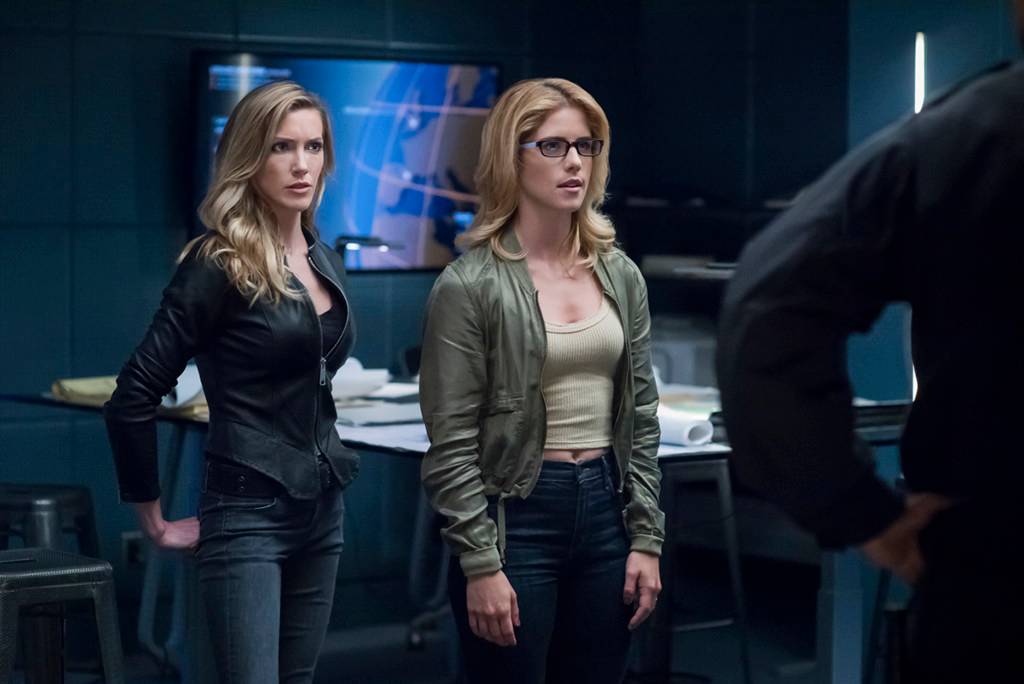 Oliver is still in Jail, but it finally looks like little Stanley is beginning to show his true colors.  Did Oliver’s Gilligan-like little buddy kill a guard and frame another inmate? It sure looks that way.  Meanwhile; Laurel is trying to do lawyer-stuff to get Oliver out of prison, even though he’s being a total jerk to Laurel, and doesn’t want her help.  But Felicity and Dinah come at Laurel with a lot of whine & clichés, so she continues to help as the District Attorney, even though it would be so much easier for her to just kill people.  And while they actually do catch Diaz by episode’s end.  Before Felicity can put a bullet in his head, Laurel makes a deal to trade Diaz for Oliver’s freedom.  So Diaz stays living, which is going to be a big mistake.

I enjoyed the episode.  I really liked the new Laurel and Felicity team-up dynamic.  Laurel was the good-cop, while Felicity was definitely the bad-cop this episode. Felicity blackmails innocent Anatoli into helping her, then coldly lets thugs damn-near kill him, so that she can obtain a clue to Diaz’s plan. Felicity has gotten ruthless.  And I also liked how Team Arrow re-united  for the inevitable Diaz take-down, with an assist from the mysterious new Green Arrow.

And while there was a flash forward this episode, those glimpses into the future are beginning to ask more questions than they answer.  And that’s not good for any of us.