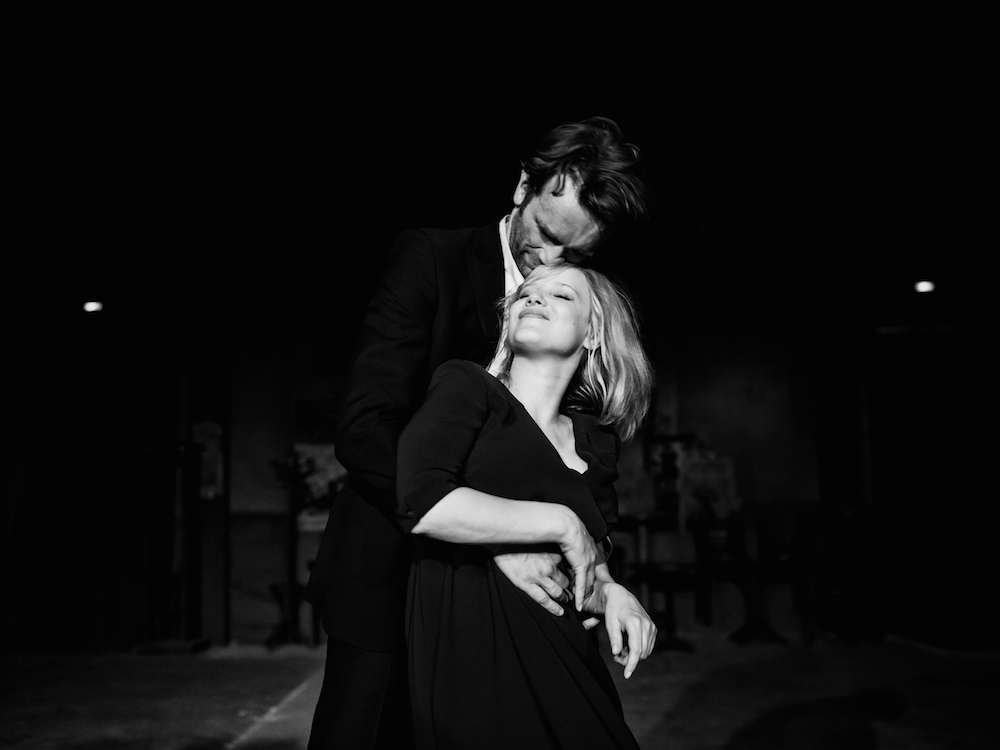 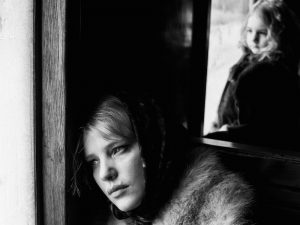 Cold War transports you back in time not only to mid-20th century history before many of us were born, but back in time to how movies were made actually decades before this one takes place.

From 1949 to 1964 we follow Zula (Joanna Kulig) through success and tragedy. After serving time for attacking her father in self-defense, Zula gets out of Poland and makes it as a singer in Europe.

We only see snippets of each year in Zula’s life, and they’re not always the most significant moments. By 1957 she is married, but we only hear about it when she’s catching up with Wiktor (Tomasz Kot). We see snippets of a dance show, snippets of Zula recording her album, but writer/director Pawel Pawlikowski is more interested in the scenes in between.

Filmed in Academy Ratio of 1.37:1, or what a 4:3 TV screen would look like to any modern audience who remembers, what most engrossed me in Cold War was the framing. The square frame envelops you and focuses your eye more so than even widescreen or IMAX movies often do.

The characters may be framed in the lower half of the frame, drawing you to their faces while the background envelops you. But then, sometimes they’re framed higher which creates a different effect too. It actually helps if you sit rather close, so you may be eye level at the lower half and half the screen towers above you.

Kulig just commands the screen like a movie star. You want to watch whatever she is doing, whether drinking or dancing or seducing or moping or confronting. It’s a lot of life to portray and Kulig only gets a scene or two per year to show these changes. She is utterly convincing.

She’s so good, I almost feel Pawlikowski does her a disservice by cutting her story so abruptly. At barely 90 minutes, there was certainly time to explore the rest of Zula’s story. That would have made it more conventional, but when you have a powerhouse like Kulig, don’t sacrifice her to the gimmick.

Black and white Academy Ratio foreign language film may be a tough sell for Christmas movie season audiences. Obviously, Cold War is more of an art film, but it is a rewarding one for audiences seeking that out this holiday season.