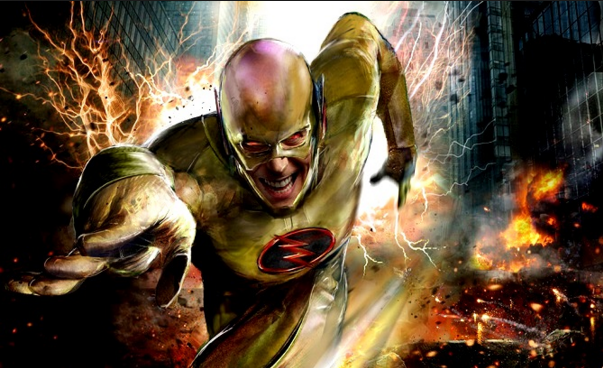 The Flash’s 100th Episode was pretty good y’all!  We got to revisit some classic Flash villains, and we learned a lot of new stuff about Nora West-Allen.  Like, we knew she had a secret agenda.  But is her name even really Nora?  Or is she really Dawn West-Allen, with a missing twin brother named Don?

– In DC Comics, Barry and Iris have twins, two speedsters known as the Tornado Twins.-  And when Barry and Nora travel back in time and confront Harrison Wells, aka The Reverse Flash, he calls her Dawn.  Which means a lot, because by episode’s end, we find out that Nora is working with the Reverse Flash in 2049.  So did her time-tampering erase a twin, as well as change Cicada’s origin?

But I don’t think Nora’s evil, I think she’s just naive.  Harrison Wells/Reverse Flash is in prison in 2049.  So Nora probably thinks it’s safe to work with Wells to save Barry. But The Reverse Flash is a bad dude, and is more than likely manipulating Nora to change the timeline and achieve his own sinister goals. So it will be interesting to see how the second half of the season works itself out.

Also, we find out that Killer Frost is immune to Cicada’s power-dampening dagger.  She ends up showing up just in time to save Barry, Nora, Ralph and Cisco, once their latest Cicada trap fails.  Her Frost powers are not a result of exposure to dark matter. So Killer Frost can fight Cicada, powers intact.  Which scares Cicada and he flies away.  WAIT! Since when can he fly? I guess we’ll find out next season.

Because next week’s episode is the beginning of the 3-part CW Crossover, ELSEWORLDS…