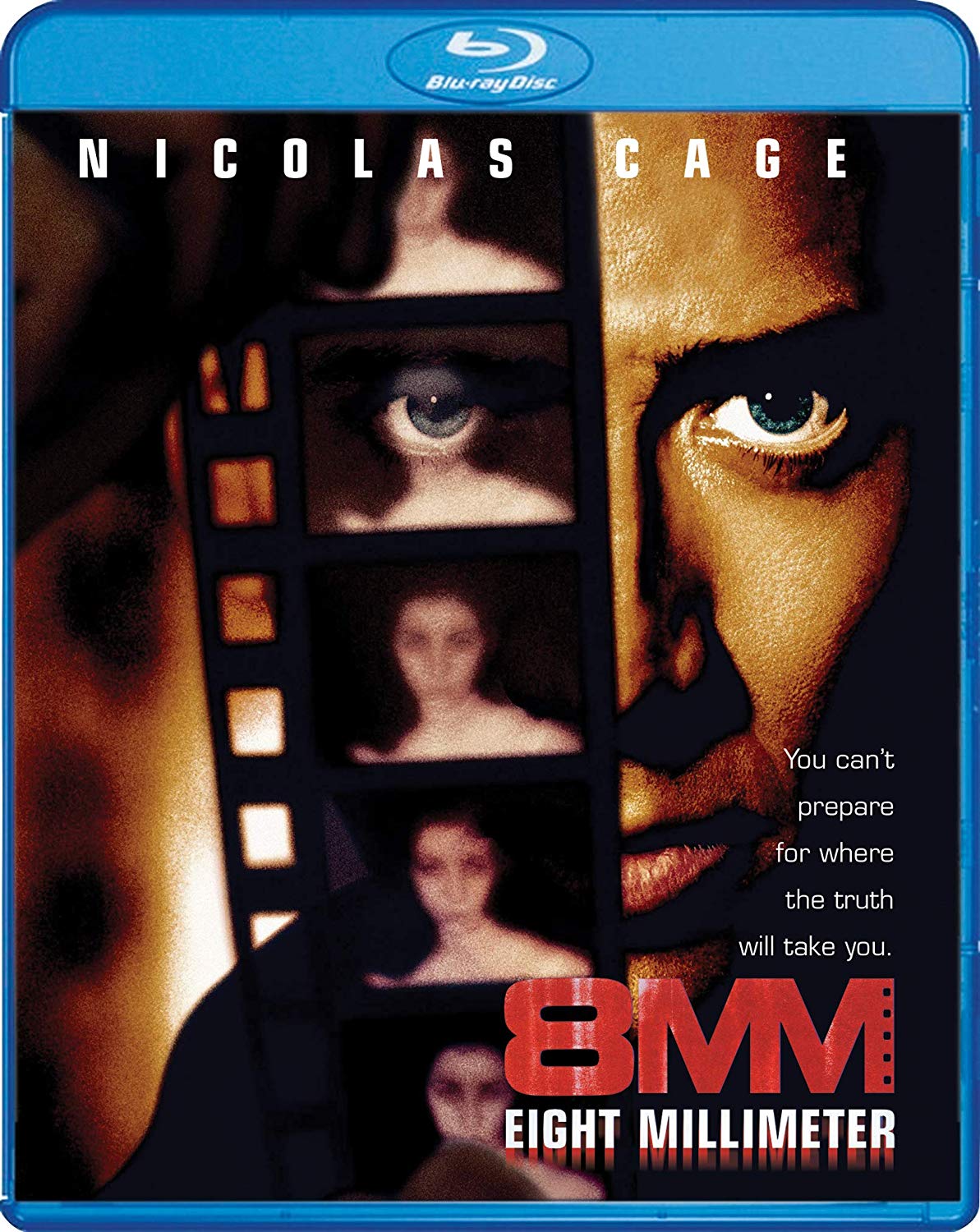 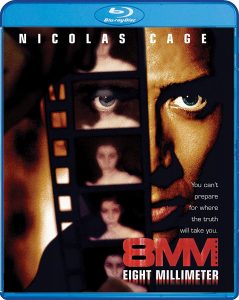 It’s hard to believe 8mm is 20 years old, and that people were really afraid snuff films were real in the late ‘90s. It’s not one of Nicolas Cage’s best performances but it was at the height of his ‘90s fame when he could apply his quirky performances to mainstream movies. And yes, a snuff film thriller was mainstream in the ‘90s.

Grimy underworld of snuff films In sharp detail on Shout Factory’s Blu-ray. They still wet the pavement to make it look slick. The autumnal estate with barren trees and riverside city provide a nice contrast. It’s cool to see Hollywood circa 1997 a year before I got here.

I’m glad Shout Factory is documenting these ‘90s movies that probably wouldn’t get a Criterion Collection or even a special edition from their own studio. This was a fascinating era of film, probably the peak of high concept and the resources with which to achieve it, before everything turned CGI.