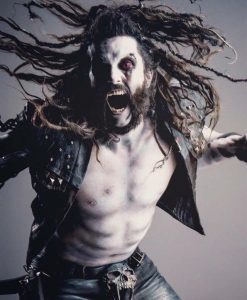 “Imagine if you will, that the Joker and Wolverine had a baby and they raised this baby on a steady diet of Bane’s Venom, Glam Metal and murder. That’s Lobo.”

Emmett J. Scanlan plays the notorious bounty hunter who slaughtered his entire race. But why he’s headed to Krypton is being kept on the down-low, as are all details about the 2nd season of the SyFy series.  But it premieres sometime this year so I’ll keep an eye out for info.  I liked season one, though it blows canon completely out of the water.  So think of it as it’s own thing and your head won’t explode.

I met Cameron Cuffe last year at WonderCon.  Cool Dude.  I hope the show comes back to the Con this year with info on season two. 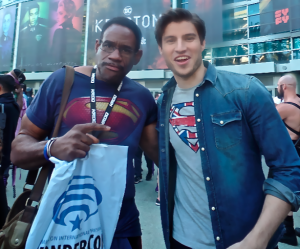