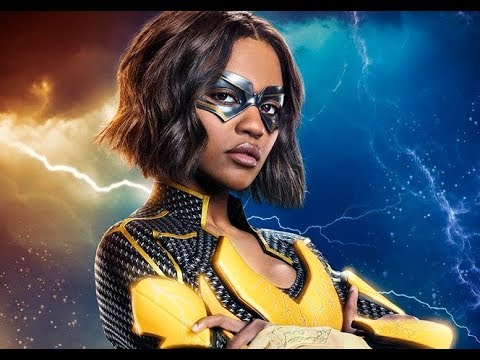 I liked this show better when it was dealing with gangsters like Lady Eve, and gangs like The 100, instead of this year’s meta-human threats. I mean, it’s still a good show, but now it feels more like the other CW shows. They even mention ‘Markovia’ in episode eleven.  A comics inspired country that’s trying to breed meta-humans, which is also a storyline featured in ‘Young Justice:The Outsiders’, a new animated series on DC UNIVERSE.  Last year, I couldn’t image Black Lightning crossing over with the other CW Superhero shows, but this year it would fit right in.

And poor khalil; will his death spark Jennifer’s superhero turn?  And now that his character’s dead and gone on this show, will the actor return to Riverdale, where he was also a regular at one point?