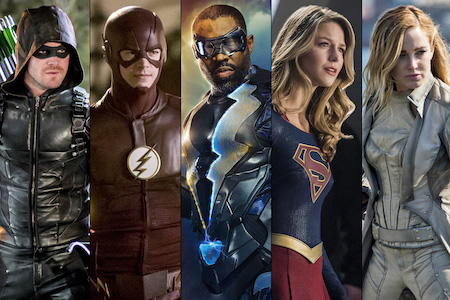 All my CW Superheroes will be back next year to fight another day.  And it’s a good thing too, because of the big ‘Crisis On Infinite Earths’ Crossover we were promised.  ARROW will be aiming for a season eight bullseye. THE FLASH will rundown it’s sixth season. SUPERGIRL and LEGENDS OF TOMORROW will fly into a fifth season. And BLACK LIGHTNING will try to electrify season number three.

And I’m still hoping for a surprise SUPERMAN series announcement. But that’s just wishful thinking on my part.