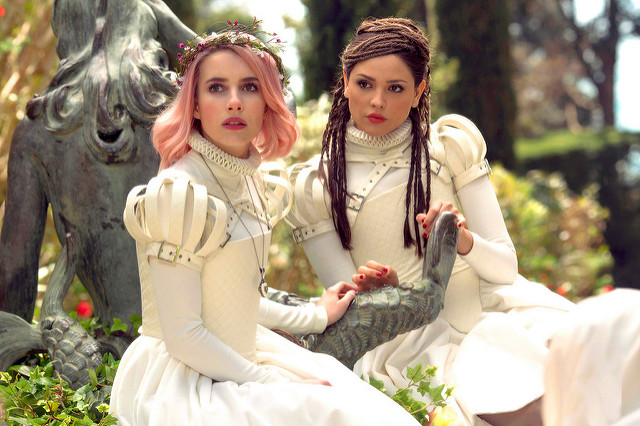 Director Alice Waddington wanted to make a fantasy sci-fi movie like the books she read as a teen. With her debut feature film Paradise Hills, I would say mission accomplished. Paradise Hills is a beautiful original dystopia, with something to say about the extent to which parents want their kids to conform.

Uma (Emma Roberts) wakes up in Paradise, a lavish palace on a cliff side island. Her mother has sent her there to make her reconsider the man who’s proposed to her, but Uma loves someone else. Chloe (Danielle Macdonald) was sent there to lose weight, and Yu (Awkwafina) to give up her rebellious rock n roll interests. Uma meets Amarna (Eiza Gonzales) who’s been there a while and together they plot their escape with the other girls.

Waddington and her co-writers do a great job world building Paradise. The colorful golden sets and elaborate white uniforms with corsets and shoulder garb definitely stand out from the Hunger Games and Divergent looks. There are subtle hints of futuristic elements like flying cars and holograms.

The treatment is surreal, raising Uma on a carousel horse and playing her videos from her hopeful fiancé. Treatment looks different for each character but the theme is they’re teaching conformity.

As the girls explore the world, it gets darker. When they finally discover what Paradise is really up to, it’s a lot worse than micromanaging parents. Yet it’s relatable to every teen who feels people don’t want them to be themselves. Parents will try to mold their kids to their liking, but inevitably individuality fights back.

There are lots of YA dystopian fantasy novel adaptations besides the big franchises, and I can’t help feeling they all look the same. While inspired by them, Paradise Hills carves it’s own path, with new designs or putting classic ones in a new context. I can honesty say I’ve never seen anything quite like Paradise Hills. 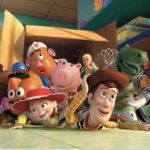