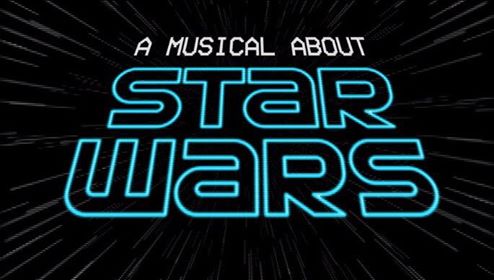 As a Star Wars fan, have you ever found yourself adding your own lyrics to the jazzy John William’s classic, Cantina Band?  Or did you ever daydream about what it would have been like for Darth Vader and the Stormtroopers to suddenly break out in a lavishly choreographed dance number to the tune of the Imperial March as they carried out Order 66?  Me neither, but when I learned that there was an Off-Broadway production based on the SWU in the works, a feeling suddenly came over me insisting that I needed a Star Wars musical comedy in my life, not now but RIGHT NOW!

If seeing the title, A Musical About Star Wars – Or Why Star Wars Is The Greatest Thing In The Galaxy, Much Much Better Than Star Trek, does not trigger an insatiable urge to just throw your money at the nearest Ticketmaster ticketing agent, you could be overdue for a re-evaluation of your priorities!  Created by Tom D’Angora, producer of Off-Broadway’s Marvelous Wondrettes and NEWSical The Musical, A Musical About Star Wars – is a comedic stage play centered around the nerdaverse of 15 year-old Taylor, and 25 year-old Scott, a couple of Staten Island Blockbuster Video clerks who bond over their mutual devotion to all things Star Wars!  As their friendship grows, the BFFs eventually parlay their fandom for galactic empires and rebel alliances into successful Off-Broadway careers, with the stage production of their very own epic musical celebration of all things related to a galaxy, far, far away.  But a multi-hyphenated and highly opinionated costar throws a wrench in the works with her startling admission of something so incredible that it sets chaos in motion.

A Musical About Star Wars – is written by and starring Taylor Crousore and Scott Richard Foster. Joining Crousore and Foster on stage is actress Emily McNamara, with additional cast members as yet to be announced.

Previews begin on March 14 with an official opening scheduled to take place on May the 4th be with you.  The website, amusicalaboutstarwars.com is available for more information regarding ticket sales and showtimes.

So if you were pondering over the idea of going to see a play this year and you were wondering if this was the performance you were looking for, then search your feelings for you know it to be true! 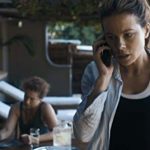 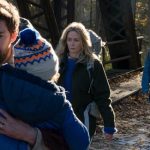